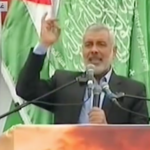 Only after the Italian Ambassador spoke with Hamas leader Ismail Haniyeh were the Italian security guards released, having fled into a UNESCO building in Gaza, then held for two days of questioning by Hamas security.

Hamas on Tuesday night released three Italian security guards held for two days at the UNESCO offices in the Gaza Strip on suspicion of being part of an IDF undercover force. The three were freed following intervention by the Italian ambassador to Israel.

The men, who were armed, entered the Strip to prepare for a visit of Italian Ambassador to Israel Gianluigi Benedetti on Wednesday. Continue Reading »

Just sworn in, Matteo Renzi regards the Iranian regime as the Middle East’s ‘main problem’, suggesting the left should learn to understand Israel’s concerns and support them.

Matteo Renzi is Italy’s youngest-ever premier, and he could also be one of the most pro-Israeli.

Newly appointed Italian Prime Minister Matteo Renzi could prove to be a valuable friend for Israel in light of the present anti-Israeli mood in Europe. – Photo: AFP

The 39-year-old ambitious leader of the center-left, who was sworn in on Saturday as Italy’s fourth prime minister in four years, may bring Rome, already one of Israel’s key allies in Europe, even closer to the Jewish state.

He sent Abbas a letter, a missive from a proud Jew whose words show up the cowardly Italian gov’t & the openly apartheid policies of Abbas’ Palestinian Authority.

The concept of removing a religious or ethnic community from a certain region brings back the dark memories of World War II, yet has become mainstream when it is applied to a part of the land of Israel.

A recent official visit to Ramallah, the “capital” of the Palestinian Authority, by the official delegation of the Italian city of Turin, and led by leftist mayor Piero Fassino, could not include the Vice President of the Jewish Community, Emanuel Segre Amar. Continue Reading »

The University of Bologna reports that an 850-year-old Jewish Scroll, written in the Babylonian tradition, had been mislabeled by a librarian in 1889.

An Italian university has found what it claims to be the oldest complete Torah scroll known to exist, the BBC reported on Tuesday.

The scroll, which was found at the library of the University of Bologna, was believed to be no more than a few hundred years old, the report said. But recent carbon dating tests suggest it was written some 850 years ago, making it the oldest complete Torah ever found, Mauro Perani, the university’s Hebrew professor said. Continue Reading »

EXPOSÉ, Italy’s New Leader: A Demagogue with a Virulent Hatred for Israel

Beppe Grillo, the comedian turned politician, has just become the leader of Italy’s largest party, the “Five Star Movement” in an upset victory.

This populist Europhobe got one fourth of the popular votes. He is the idol of Italy’s youth. He is the anti-corruption crusader. He is the guru of the Internet.

But Beppe Grillo is also a demagogue with a virulent hatred for Israel and the United States. And his popularity, despite his despicable remarks, shows that the word “Jew” has become an accepted insult once again in Europe’s public square. Continue Reading »

Currently on show in Milan is a pop-up photography project where an Italian couple use their iconic dolls as “alter egos” while on vacation in Israel.

Iconic children’s dolls Barbie and Ken took a well-deserved break from keeping kids around the world entertained and took a vacation in Israel lat summer. And they have the photos to prove it. 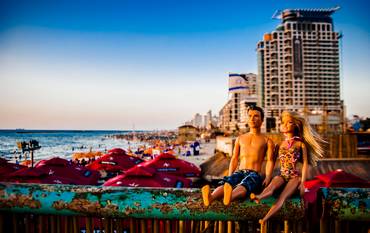 Barbie and Ken are in fact the alter egos of Italian couple Enrico Pescantini and Maria Giovanna Callea and the so-called holiday snaps are the final result of a pop-art project the two undertook during a vacation last August, aptly called “Barbie Loves Israel.” Continue Reading »

Rome’s City Council approved final plans for the museum a year ago, but city funding was later blocked by government-imposed financial restrictions on municipal spending.

ROME (JTA) — If all goes according to plan, a starkly modern, $30 million Holocaust museum will soon rise on the site of fascist dictator Benito Mussolini’s Rome residence.

The site, also the location of ancient Jewish catacombs and now a city park, will be home to a museum first proposed in 2005 but held up repeatedly by financial and bureaucratic problems.

“I hope construction begins this summer,” Leone Paserman, the president of the Museum of the Shoah Foundation, told JTA. Continue Reading »

Italian students go to Poland to study the Holocaust

More than 700 students from 60 high schools & universities in southern Italy’s Puglia region made the trip.

Italy mandates Holocaust education in its public schools, and hundreds of students take part in educational trips to Auschwitz throughout the year.

Participants on a Holocaust educational trip set placards in memory of loved ones who perished in the Holocaust, Auschwitz, Poland. – Photo: Reuters

Some 130 high school students from all over Italy flew to Poland Sunday on the annual “Voyage of Memory” to Auschwitz and Krakow sponsored by the Italian Education Ministry in collaboration with the Union of Italian Jewish Communities.
Continue Reading »
Category: Jewish News | Tags: Holocaust, Italy, Poland
israelandstuffcom | January 20, 2013
No comments

Italian Parliament Member Fiamma Nirenstein has stated that she will not run for re-election at the Chamber of Deputies, instead, she’s fulfilling her dream by moving to Israel.

Italian journalist and Parliament Member Fiamma Nirenstein says she won’t run for re-election at the Chamber of Deputies. Instead, she’s moving to Israel.

Nirenstein, who was written numerous op-ed pieces for Arutz Sheva, announced her decision to make aliyah and return to her previous career as a journalist, “the two best things I’ve ever met in my life,” in an interview with the Il Giornale newspaper last week. Continue Reading »

The guidelines were issued in the wake of two cases of anti-Semitic & racist behavior of fans in Hungary & Bulgaria that resulted in fines & sanctions by FIFA.

New guidelines issued by the Italian Interior Ministry govern how police may halt or interrupt a soccer match because of racist or anti-Semitic behavior by fans or on the pitch.

The guidelines were issued following a meeting this week of the Ministry’s watchdog commission on sporting events that dealt with the “despicable phenomenon of racism” noted recently at some matches.

Italy’s police chief as well as leaders of the Italian Soccer Federation took part in the meeting. Continue Reading »

EXPOSÉ: Italy, The Land of Islam, the First to Fall

The Italian authorities have capitulated to hatred.

Last week Italian education minister Francesco Profumo proposed that Islam be taught in public schools alongside the traditional teaching of Catholicism, while Bishop Mariano Crociata, secretary general of the Italian Episcopal Conference, announced that the Vatican is in favor of building new mosques in Italy.

The European Bishops met with European Muslims in Turin to proclaim the need for the “progressive enculturation of Islam in Europe”. Continue Reading »

About 30 Italians, including the Minister of Sport, stand in silence at the entrance to the Israeli team’s quarters.

The Italian Olympic team at the London Olympic Games made a noble gesture Sunday and stood in silence outside the quarters of the Israeli team, in memory of the 11 athletes slain in the Munich Olympics 40 years ago, Voice of Israel radio reported Sunday.

With the ongoing boycotts around the world of products made in Judea and Samaria (Yehuda and Shomron), the Shomron Regional Council’s public diplomacy delegation scored a victory this recentky when it launched an alliance between Shomron winemakers and the Italian Winemakers Association.

The delegation to Italy was made up of winemakers who have been recognized for their outstanding achievements and whose wines have received international awards.

The alliance was formed when a delegation of winemakers from the Shomron, along with the head of the Shomron Regional Council Gershon Mesika, held a weekend visit to northern Italy, as guests of the local association of winegrowers and winemakers. Continue Reading »