Tag Archive for Obama vs Netanyahu

A White House spokesman: With Obama no longer framing Netanyahu (Israel) as a threat that’s undermining Obama-Kerry foreign policies, better ties have blossomed with Israel, so now the U.S. is ‘beloved’ around the world.

Improved ties with Israel proves that the United States is more “beloved” around the world than under the previous administration, a White House spokesman said.

He also said that Israel was “virtually” thought of as an enemy of the United States under the Obama administration.

Obama on the phone with PM Netanyahu. – White House photo

Deputy Press Secretary Hogan Gidley told reporters aboard Air Force One on Tuesday that President Donald Trump is not concerned about seeing protesters during his scheduled trip to Europe next week. Continue Reading » 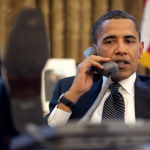 The meeting’s purpose was to critique how Israel fought Operation Protective Edge, and find how to make the next war better. Continue Reading » 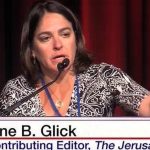 Frustrated over snags in Saudi arms deal, Obama showed his anger over a US law, requiring Defense Department’s guarantee that weapons sales to Mideast nations must comport with the US’s pledge of keeping Israel’s qualitative military edge in the region.

WASHINGTON — Frustrated over a stall in an arms sale to Saudi Arabia, Obama once questioned the necessity of maintaining Israel’s qualitative military edge in the region, former Defense Secretary Leon Panetta said on Monday. 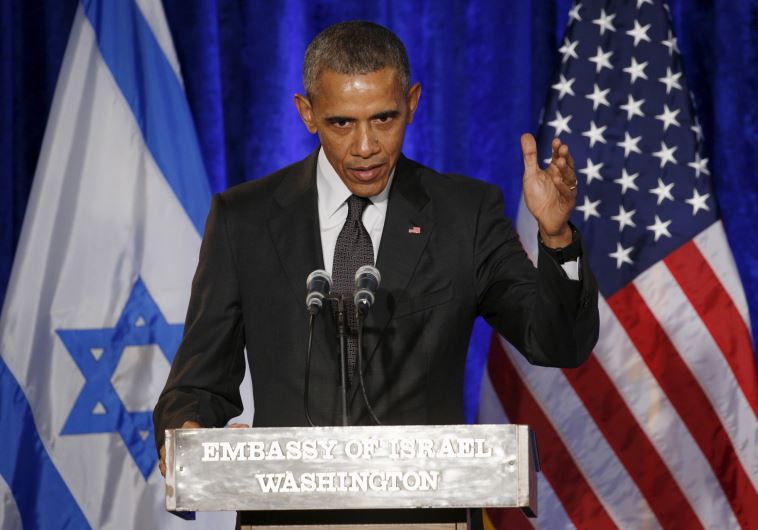 US President Barack Obama speaks at the Righteous Among the Nations Award Ceremony, organized by Yad Vashem, at Israel’s Embassy in Washington January 27, 2016.

Former Israeli Ambassador to the US blames Obama & his administration for having intentionally ‘fabricated’ crises to create distance between the historic allies in a strategy to appease the Palestinians, that in the end, backfired and made them even more intransigent, and hurt White House-Israel relations.

Last year, Kulanu MK and former Israeli Ambassador to the US Michael Oren received heavy criticism in some circles for his book Ally: My Journey Across the American-Israeli Divide.

With the release of the book’s Hebrew edition, Oren spoke to Arutz Sheva, discussing in depth the tensions between Israel and the Obama administration and the push back he received for the English edition.
Continue Reading »
Category: Israel News | Tags: Israel US, Michael Oren, Obama vs Netanyahu
israelandstuffcom | July 17, 2015
No comments