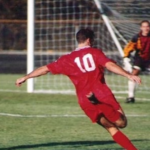 Although the FIFA Ethics Code prohibits host countries from discriminating against fans based on their nationality, the advocacy group StandWithUs petitioned the Int’l Football Association as to why Israel was not on the list of countries that require a visa to attend the 2022 World Cup.

The Israel advocacy group StandWithUs called on the international soccer governing FIFA to ensure Israelis would be allowed to visit Qatar during the World Cup tournament in 2022.

The organization made the plea after it was revealed that Israel was not included in the online list of countries from which foreigners can obtain an entry visa to the Arab state for the purpose of attending the soccer competition. Continue Reading » 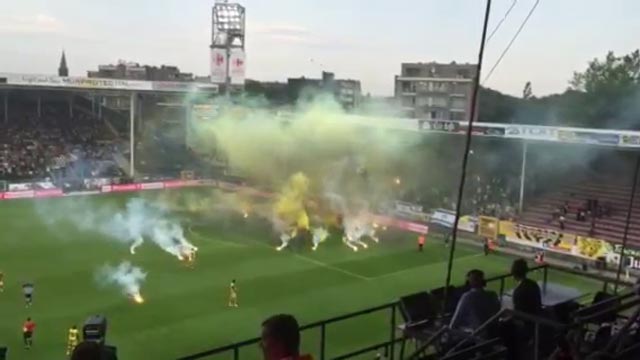 Using soccer as a weapon would cause a deterioration in Arab-Jewish relations & make the soccer teams under Qatar’s sponsorship a hub of friction & provocation.

A new research article citing Arabic media sources reveals that Qatar is backing Jibril Rajoub, who was behind the recent failed Palestinian Authority (PA) effort to ban Israel at FIFA, as a replacement for Mahmoud Abbas as PA chairman when – and if – he steps down.

Pinhas Inbar made the revelation on Tuesday in an in-depth article on the Jerusalem Center for Public Affairs website. The Center is a research institute headed by Dr. Continue Reading »

The fleet of Elbit’s Hermes 900, which will be equipped with a new & advanced intel gathering systems, will be carrying out “safety & security missions” to secure the 2014 World Cup.

Elbit’s Hermes 900 unmanned aircraft system will be deployed by the Brazilian Air Force to help secure the 2014 World Cup, the Israeli defense firm announced on Wednesday. 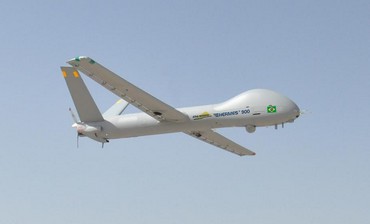 The drone will be equipped with a new and advanced intelligence gathering system, and will fly together with Elbit-produced Hermes 450 drones, which the Brazilian Air Force purchased in the past, to secure the games. Continue Reading »

Police moved quickly Monday to indict a pair of Jerusalem residents on charges of racism, because of their catcalls made at a soccer game on Sunday night.

Police moved swiftly Monday to indict two Jerusalem residents on charges of racism over catcalls they made Sunday night at a soccer game Sunday night between Beitar Jerusalem and the Bnei Sakhnin team. Hundreds of police were present at the game in order to prevent racial tension, with fans of Beitar and visiting Arab teams often facing off with each other over insults and threats mounted by each side against the other. Continue Reading »