Although Airbnb posted a timely reply saying it would investigate the complaint, another Facebook user responded on Kelmer’s post, writing, “Appalling & sadly, happens too often.”

An Israeli man said a British Airbnb host refused to rent an apartment to him because, the host said, Israelis don’t respect “basic human rights.”

An Israeli man said a British Airbnb host refused to rent an apartment to him because, the host said, Israelis don’t respect “basic human rights.”

Ben Kelmer, a Tel Aviv photographer, reserved a London apartment for a week in March through the online company, which has come under fire recently for listing properties in West Bank settlements. Continue Reading »

Some Israeli Products Forced To Wear a Badge

EU ambassador refuses to answer why some Israeli products are specially labeled, when products coming from other conflict zones, even within the EU, are not required.

In an effort to divert some of the Israeli outrage in the wake of the European Union’s decision to brand Israeli products made in East Jerusalem, Judea, Samaria and the Golan Heights, EU Ambassador to Israel Lars Faaborg-Andersen explained the situation thus to Army Radio:

“[Branding products] is a very technical matter that basically concerns European consumer legislation which requires that it is clear to consumers where products are coming from not only from this part of the world, not only from Israel or the territories, but across the globe. Continue Reading »

Governor of Turkish city Edirne threatened to turn synagogue into museum after renovations, saying it was unfair for Turkey to fund Jewish place of worship if Israel was denying Muslims access to their holy sites in Jerusalem.

The governor of the Turkish city Edirne was under pressure on Saturday, after allegedly saying local Jews would not be able to use a synagogue there because of Israel’s actions at Al-Aqsa mosque in Jerusalem.

The 100-year-old synagogue is undergoing renovations and when completed “will only serve as a museum” Edirne Governor Dursun Sahin was quoted by local media as saying on Friday.

Youth of the European People’s Party votes to end all boycotts in Judea & Samaria. YEPP calls on EU not to harm Israeli businesses.

Hungary conference is 1st in Europe to vote contrary to boycott movement.

The Youth of the European People’s Party — a center-right political youth organization representing 39 European countries — has cast the first-ever vote against boycotting products and factories in Judea and Samaria. The Samaria Regional Council in tandem with Likud and Yisrael Beytenu youth leaders successfully lobbied to pass the vote against the boycott, divestment and sanctions movement, which took place at the YEPP conference in Hungary.

Iran’s supreme leader not optimistic about nuclear talks with world powers, criticizing the US for its close ties with Israel.

“The Zionist regime is an illegitimate and bastard regime,” Iran’s supreme leader Ayatollah Ali Khamenei on Sunday said of Israel, whose existence Tehran does not recognize. 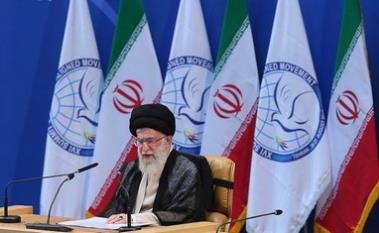 Khamenei also criticized the United States for its close relations with Israel.

“The Americans have the highest indulgence towards the Zionists and they have to. But we do not share such indulgence,” AFP quoted Khamenei as saying.

Khamenei also reiterated his view that he is not optimistic about the outcome of nuclear talks but said he saw no downside to holding the negotiations.

Saudi Arabian Airlines’ director general has defended the company’s decision not to fly Israelis on their carrier from U.S. airports.

The director general of Saudi Arabian Airlines on Friday defended his company’s decision to discriminate against Israeli citizens by refusing to fly them from U.S. airports even when passengers are simply looking to transfer in Saudi Arabia to another country, Al Arabiya reports.

Earlier this week, the New York Post reported that the airline’s website asks for citizenship when booking a ticket but has no option on a drop-down menu for anyone holding an Israeli passport. Continue Reading »

WATCH / British MP: I do not debate Israelis

Pro-Palestinian activist & British MP George Galloway storms out from a debate at Oxford University after his opponent declared to be an Israeli.

British Member of Parliament George Galloway shocked the audience when he stormed out of a debate at Oxford University on Wednesday, declaring that he does not debate Israelis. 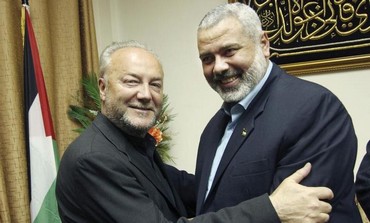 The debate, in which Galloway was arguing in favor of the statement, “Israel should withdraw immediately from the West Bank”, was held by the Oxford Union at Christ Church College.

Midway through a statement by his debate opponent Eylon Aslan-Levy, whose comments made his nationality clear, Galloway interrupted, asking “Are you Israeli?” Continue Reading »

A newly released animation by the Scratch Group demonstrates the Israel-Gaza situation far better than 100 spokesmen.

A new animated video by Israeli animation firm “The Scratch Group” explains the complex situation Israel is in, with regard to Arab terror from Gaza – and it does so, arguably, better than all of the official spokesmen combined. Po’ little Gaza… from “Terror at School”
The Scratch Group

In under three minutes, the talented team conveys the frustrating dilemmas Israel faces in its asymmetric war against a terror state that has the world on its side.

Commentators are divided with regard to the success of Operation Pillar of Defense, but there is general agreement that Israel’s effort in the field of hasbara – or national public relations and information – was more successful than in previous conflicts. Continue Reading »