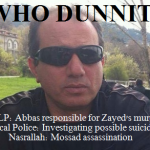 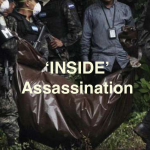 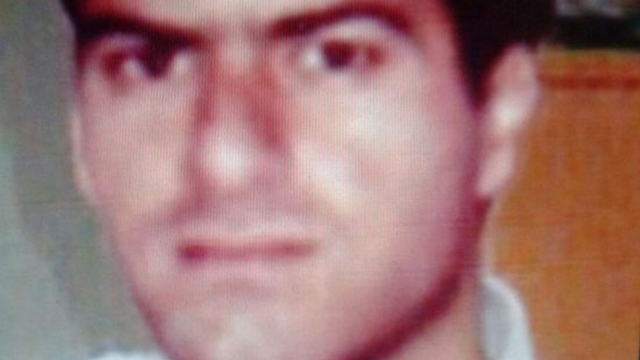 The sister of Dr. Ardeshir Hosseinpour, has just revealed that her brother was killed in February 2007 because he wouldn’t cooperate with the gov’t’s effort to divert nuclear activities from peaceful purposes.

The sister of a leading Iranian nuclear physicist widely believed to have been assassinated by Israel as part of an effort to derail the Islamic Republic’s drive to create nuclear weapons says her brother was murdered by Iran’s Revolutionary Guard (IRI) because he wouldn’t cooperate with the effort to divert nuclear activities from peaceful purposes. 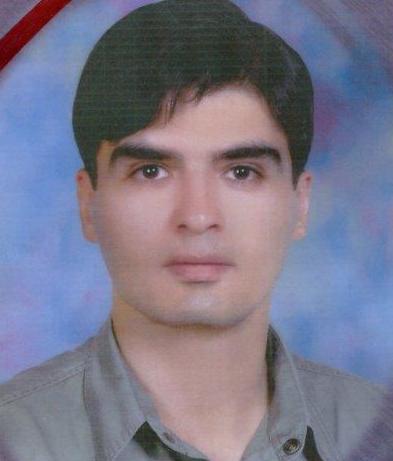 When Iranian scientist Dr. Ardeshir Hosseinpour was killed in February 2007, the cause of death was reported to be “gassing” and most presumed the act was carried out by Israel. Continue Reading »

Palestinians report 8 killed by Israel in past day as IDF hit rocket launcher placed in school and members of Army of Islam (Hamas affiliated terror group) killed in joint IAF, Shin Bet attack on their car in Gaza.

The IAF has attacked some 70 targets in the Gaza Strip since midnight on Sunday and two militants who fired rockets into Israel were attacked and killed in central Gaza while a rocket launcher which had been set up in a school in norther Gaza was also hit. 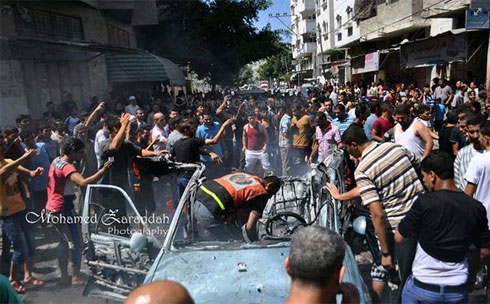 The Israel Air Force attacked a vehicle with two Palestinian terrorists in the Gaza Strip on Friday. The Palestinians reported the two had been killed. 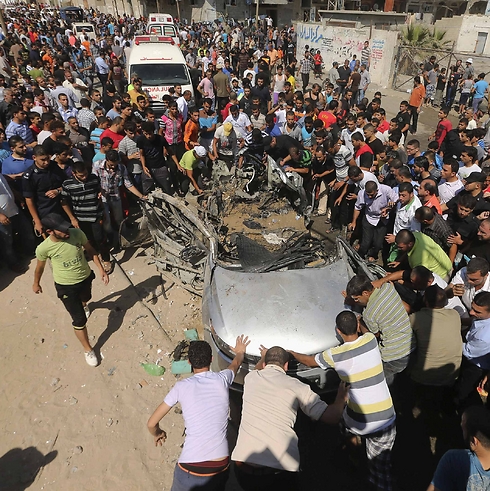 The car hit by the IAF – Photo: Reuters

The head of Lebanon’s Maronite Church, Patriarch Beshara Rai, continued his visit in Israel and toured ruins of a Maronite village near the Lebanese border on Wednesday as an assassination plot against him was reported.

Maronite Patriarch Beshara al-Rai (C) holds a cross during his visit to Birim, a northern Israeli village, May 28, 2013 – Photo: REUTERS

Lebanon’s security forces arrested a suspect who confessed to working with regional intelligence agencies in a plot to assassinate Rai, security sources told The Daily Star on Wednesday. Continue Reading »

Sinai terrorist leader assassinated with 3 others by local tribesmen

The assassination deals strategic blow to terrorist group responsible for attacks on Israel.

The top leader of an al-Qaeda-inspired group in Egypt’s restive Sinai and three of his associates were killed in a drive-by shooting in the peninsula on Thursday, senior Egyptian security officials said.

The development deals a heavy blow to the militant group, which has claimed scores of deadly attacks across Egypt and in Israel since the ouster of Islamist President Mohammed Morsi last July. It is also a boost for Egypt’s military-backed authorities ahead of the country’s presidential elections next week. Continue Reading »

Masked gunman on motorbikes shoot dead a Sunni militia commander, Hassan al-Mouri, along with 2 other men who were near him amid rising sectarian tensions in Lebanon.

A leading supporter of the Hezbollah terrorist group was assassinated in Tripoli on Thursday. Al-Mouri was gunned down by “masked men on motorbikes,” along with a security official and a bystander, according to a security source quoted by the Lebanese Naharnet website.

The 40 year-old leader of a pro-Hezbollah Sunni militia was standing at the entrance to his home along with the two other men when the gunmen drove up and shot them. Continue Reading »

How to Assassinate a Senior Hizbullah Terrorist

A Lebanese newspaper reports a detailed accounting of the assassination of Hizbullah terrorist Imad Mughniyeh inside Syria in 2008.

A report published on Tuesday in the Lebanese daily Al-Akhbar purports to present a detailed account of the 2008 assassination of senior Hizbullah terrorist Imad Mughniyeh in Damascus.

As expected, the report pointed the finger at the Israeli Mossad as being behind the operation.

According to Al-Akhbar, as soon as the 2006 Second Lebanon War ended, Hizbullah began the largest operation to restore its military organization and raise the level of its readiness and weaponry. Mughniyeh was put in charge of developing and enhancing the military abilities of the group in Lebanon. Continue Reading »

Amir walks out of Ayalon Prison a free man, after serving a 16-year sentence for conspiracy to commit murder, possession of a firearm for his part in the Rabin assassination; activists protest outside gate. 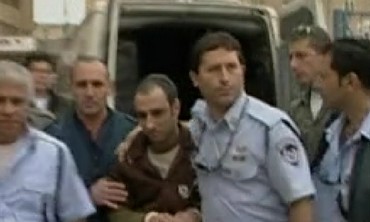 After sixteen and a half years in prison for helping his brother Yigal Amir plot the assassination of former prime minister Yitzhak Rabin, Hagai Amir walked out of Ayalon Prison in Ramle on Friday morning a free man.

Meretz activists and other demonstrators waited outside the prison gate in protest of the release. They held signs saying “price tag 4.11.95” and called to Amir and his family, “we won’t forget and we won’t forgive, those who incited and murdered.”