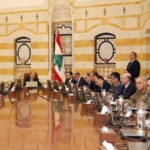 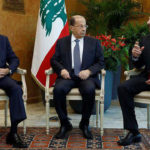 Two drug smugglers hit in shoot-out with Egyptian soldiers operating on Israeli and Egyptian sides of the border.
• After IDF fired warning shots, the 2 smugglers were evacuated but later succumbed to their wounds.

Two Israeli smugglers were killed on Tuesday morning during an exchange of fire between Egyptian soldiers and a smuggling cell with operatives on both the Israeli and Egyptian sides of the border.

IDF forces shot warning shots into the air and later evacuated the smugglers, who had been in critically wounded during the incident and later succumbed to their wounds. Continue Reading »

Members of the Syrian rebel group Ahrar al-Sham, part of the Islamic Front coalition, blew up a Syrian army post on Tuesday by digging attack tunnels in rocky terrain – similar to that of the Israeli-Lebanese border – in an incident further raising fears that Hezbollah may use the same techniques.

Al Jazeera Arabic reported on the blast and the tunnels on Wednesday, showing how the strike was conducted on the Al Dahrouj checkpoint near Maarat al-Numaan, in the rural northern Syrian region not far from Idlib. Continue Reading »

Liberman: Israel’s Future Border with Palestine to be ‘Near Highway 6’

Foreign Minister Avigdor Liberman spoke in favor of Israel-Palestinian Authority diplomacy on Sunday, while rejecting some of the PA’s key demands.

Liberman began by thanking United States Secretary of State John Kerry for his efforts to push a deal. “I want to express genuine appreciation for Kerry’s efforts, and for his stance regarding security in particular,” he said.

“Any alternative proposal that Israel gets from the international community will be worse than what Kerry offered,” he argued. Continue Reading »