Steve Silvenchev is another of several post-IDF Israelis who are or have been imprisoned abroad for the ‘crime’ of forgetting to clean out a backpack that was used during his army service.

Steve Silvenchev, an Israeli tourist in India, had been in jail in Mumbai for seven months, after authorities there found a bullet in a backpack that he had used at times during his stint in the IDF. They were detected when he went through security in Mumbai when he arrived on what was planned to be a post-army hike. Equipment at Ben Gurion Airport did not pick up the bullets. Continue Reading »

Cairo court ruling bans activities by Hamas in Egypt, branding it a terrorist organization, ordering all Hamas offices in the country shut down & all dealings with the group be suspended.

An Egyptian court ruled on Tuesday to ban Hamas activities in the country, branding the group a terrorist organization.

The Cairo court ordered the closure of Hamas offices in Egypt and the suspension of all dealings with the group.

Unimpressed by game that has been downloaded millions of times, Miley Cyrus’ lawyers threaten lawsuit over Israeli game that parodies her song, ‘Wrecking ball’.

An Israeli soldier has found himself at the heart of dispute with world-famous pop star Miley Cyrus over an app parodying her hit video “Wrecking Ball.”

When 20-year-old Tal Dahabani developed the “Flying Cyrus” game, he never imagined he would get a lawsuit threat from the famous singer.

In the game, the player is required to help a drawing of Cyrus’s head to avoid hammers and wrecking balls. Continue Reading » 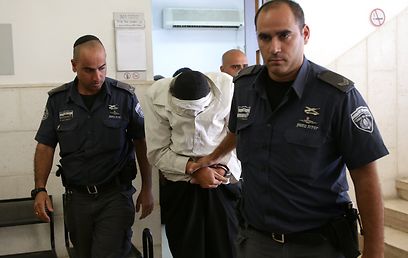 The man, Itzhak Bergel, who belongs to the radical Neturei Karta sect, admitted to making the offer to the Iranian regime as part of a plea bargain. Continue Reading »

Female Syrian teenager who was injured and later treated in an Israeli hospital, claims returning to Syria would risk her life, and relatives in another Arabic country are prepared to take her in.

A Syrian teenager who has been hospitalized at the Rambam Medical Center in Haifa has filed a petition with the High Court of Justice in recent days requesting to not send her back to her country.

A Syrian patient in his hospital bed in Israel – Photo: Channel 10 screenshot

The girl claims in the appeal that returning to her homeland may risk her life, and that she had already lost several family members in the battles in which she was injured. Continue Reading »

Special Tribunal for Lebanon will open trial  against Hezbollah defendants in absentia, charged with assassinating former Prime Minster Rafik Hariri and the 21 also killed in the 2005 massive car-bomb explosion.

The Special Tribunal for Lebanon (STL) is set to open the trial in absentia on Thursday against the Hezbollah defendants alleged to have assassinated former Lebanese prime minister Rafik Hariri and killed 21 others on February 14, 2005. 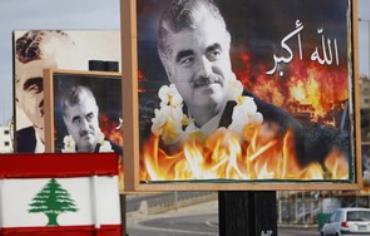 To date, the case has riled, divided and inflamed already hot disputes between Lebanon’s Sunni and Shiite population, with Sunnis demanding justice and Hezbollah claiming the case was pushed forward by Western countries trying to reduce and besmirch its name (even though the court was formed with Lebanon’s consent.) Continue Reading »

Group Fights to Save British Mandate Site from Arab Construction

A historic site in the Binyamin region north of Jerusalem may be destroyed if Israel’s courts do not intervene, the Regavim organization has warned. The ancient structure of Khan Lubin is located near the Israeli town of Maaleh Levona. Residents of the town and other nearby communities have made an effort to preserve the site over the years.

However, in recent months Palestinian Arabs have increasingly been coming to the site, and, Regavim warns, have been doing damage to the ancient structure. Continue Reading »

Liberman to be Foreign Minister next week

Yisrael Beytenu leader Avigdor Liberman will be made foreign minister again next week, Knesset sources said after his acquittal from corruption Wednesday.

Liberman was expected to return to the job he held in the last Knesset, Foreign Minister, as soon as Monday, when he is set to be will be sworn in as a minister in the Knesset.

Prime Minister Binyamin Netanyahu welcomed Liberman back to the government, with other ministers following suit.

“I congratulate you on your unanimous acquittal and am glad you are returning to the Government of Israel so we can continue to work together for the good of the people of Israel,” Prime Minister Binyamin Netanyahu said. Continue Reading »

By REUTERS
DUBAI – A Saudi court convicted a Jordanian citizen of spying for Israel and sentenced him to nine years in jail and 80 lashes, a pro-government Saudi newspaper reported on Wednesday.

The Arabic-language al-Riyadh newspaper did not identify the Jordanian but said the Riyadh criminal court found him guilty of “writing to the Israeli prime minister and communicating with a Zionist (Israeli) intelligence officer” by email and receiving a financial payment.

Hussein was convicted & sentenced to 2 years & 8 months in prison but has claimed innocence in the case and denies any links to Hezbollah. He has said he was probably framed by Israel’s Mossad spy agency.

By The Associated Press
A Thai court on Wednesday convicted a Lebanese man with alleged links to Hezbollah militants for illegal possession of bomb-making materials that he was storing in a warehouse outside Bangkok.

Atris Hussein, who also holds Swedish nationality, was arrested Jan 12, 2012, at Bangkok’s main airport after a tip-off from Israeli police, who claimed he was going to stage a terrorist attack in Thailand.