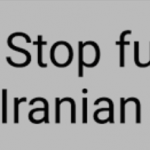 Israeli ‘lawfare’ NGO Shurat Hadin has a new app that lets Americans turn to their senators directly through Facebook, Whatsapp, and Twitter.

Want to tell your senator to oppose unfreezing $100 billion to Iran? There’s an app for that.

NGO Shurat Hadin has developed an application that allows users to turn to their government representatives directly through Whatspp, Twitter and Facebook. Traditionally, requests to congressman and senators have been made through letters, a slow and unwieldy process.

Now, in an effort to lobby the US Congress against releasing money to Iran as part of the nuclear deal with the Islamic Republic, Shurat Hadin has developed the new application. Continue Reading »

IBM Researchers in Haifa have developed an app for smartphones or smartwatches that can help detect attention deficit hyperactivity disorder symptoms by analyzing the person’s movements.

Israeli researchers have developed a prototype of an app that can detect attention deficit hyperactivity disorder (ADHD) symptoms by monitoring and analyzing hand movements.

Users could self-diagnose ADHD using a smartphone, a smartwatch or an activity band. 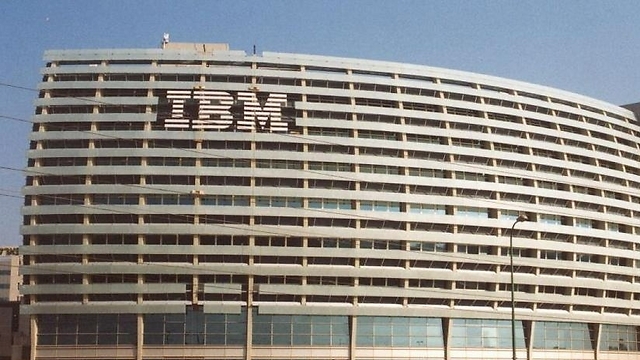 According to researchers at the at IBM Research Center in Haifa, people with ADHD have motor characteristics which separate them from the rest of the population. Continue Reading » A new application for Google Glassware provides immediate, real-time status on missile attacks. The alerts provide the time & location of the attack, giving users the time to take cover.

Rockets have been raining down on Israeli cities at a rate of over 100 a day for the past week. Although the Iron Dome anti-missile system has been able to intercept a large majority of those projectiles and prevent serious damage, some of them did get through, injuring civilians. Even when Iron Dome is able to destroy the incoming rocket, debris from the rocket and the interceptor fall and scatter over a large area – something that might prove lethal for unsheltered civilians. Continue Reading »

Phone app: Take me to the nearest Mikvah

The Israeli GPS app Waze, now provides mikvah (ritual bath) locations. The service also contains a security ‘glitch’ that reveals Orthodox Jews who use a ‘non-Kosher’ smartphone, when they shouldn’t.

The popular navigation application Waze can now direct you to the nearest mikvah – a Jewish ritual bath, the Israeli daily Maariv reported Monday.

Ultra-Orthodox Jews hold hands during a protest against their young men being called up for military service on February 6, 2014 in Jerusalem – Photo: Gali Tibbon-AFP/File

The service had been developed in coordination with Israel’s Ministry of Religious Services.

Now, if you are in immediate need of ritual immersion, you can type in “mikvah” on your app and be directed to the nearest one. Continue Reading »

Unimpressed by game that has been downloaded millions of times, Miley Cyrus’ lawyers threaten lawsuit over Israeli game that parodies her song, ‘Wrecking ball’.

An Israeli soldier has found himself at the heart of dispute with world-famous pop star Miley Cyrus over an app parodying her hit video “Wrecking Ball.”

When 20-year-old Tal Dahabani developed the “Flying Cyrus” game, he never imagined he would get a lawsuit threat from the famous singer.

In the game, the player is required to help a drawing of Cyrus’s head to avoid hammers and wrecking balls. Continue Reading »

Google has purchased yet another company, continuing its Israeli buying streak. SlickLogin, the Tel Aviv-based startup, developed technology that verifies and authenticates user identity (when logging onto a website) by using an audio signal sent through a smartphone app.

Founders Or Zelig, Eran Galili and Ori Kabeli began developing their program in August 2013; in September, they presented it at San Francisco’s technology startup conference TechCrunch Disrupt and only in December registered as an official company.

US gov’t recruited assistance of Israeli-developed app Waze, to deal with fuel shortages along the East Coast in disaster aftermath of Hurricane Sandy.

The U.S. government and the Federal Emergency Management Association (FEMA) recruited the assistance of an Israeli-developed smart-phone app to deal with gasoline shortages on the East Coast in the aftermath of Hurricane Sandy. people stand in line for gas after Hurricane Sandy – Reuters

The government agencies called the offices of the navigation app Waze, which combines elements of social networking to assist drivers, and asked for assistance in determining where to send gasoline trucks in New Jersey, the technology news website GigaOM reported. Continue Reading »