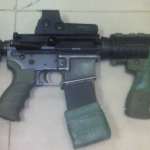 A Northern kibbutz near the town of Kiryat Shmona reported the theft of 6 assault rifles used for security, on Saturday night.

Police from the Northern District have set up a special investigative team to probe the break-in, and to retrieve the firearms before they can be used.

Police said that Kiryat Shmona received a call Saturday night of a break-in at Neot Mordechai.

They arrived at the kibbutz to find that the weapons depot had been broken into and that six M-16 assault rifles had been stolen.

Just a few days after their dramatic arrest amidst the Judean Desert cliffs, would-be thieves of ancient scrolls and precious archaeological artifacts were indicted this morning in a Be’er Sheva court.

Concluding a year-long Israel Antiquities Authority (IAA) operation to locate such thieves, with the help of Israel Police, this was the first time in 30 years that robbers had been caught in the area. Menashe Arbib, the commander of Lahav 433 says, “It doesn’t matter where a criminal goes – we will find them”. 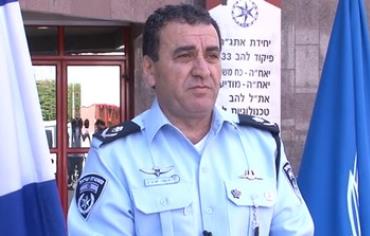 “For us it doesn’t matter where a criminal goes – we will find them and we have great coordination with law enforcement agencies abroad. Any of them who think they can be safe by going overseas are greatly mistaken,” Arbib said. Continue Reading »

Israeli suspected of forgery & tax fraud returns under new identity, even succeeds in receiving State assistance  before getting caught.

Hutzpah on an international scale: An Israeli who fled the country to avoid a Tax Authority investigation is suspected of returning under a false identity, posing as a new immigrant from Morocco making an aliyah.

A year and a half in Morocco – Photo: Yaron Visbin

According to the police, the man, who was arrested Wednesday in his native Migdal HaEmek, even succeeded in securing a State stipend granted to those who make aliyah.

A police investigation revealed that the 38-year-old Migdal HaEmek resident decided to flee Israel two years ago after falling under heavy suspicion from the Israeli Tax Authority (ITA). Continue Reading »

The 2 men arrested, residents of Jaljulia & Tamra, confessed to helping 2 relatives escape to Syria. One of the men was serving a 25-year murder sentence.

Two men from the Israeli Arab towns of Jaljulia and Tamra were arrested by the Israel Defense Forces on Monday evening near the border fence with Syria on the Golan Heights in northern Israel, Army Radio reported on Tuesday.

Out of the frying pan and into the fire? The suspects allegedly helped a prisoner cross the border into Syria. – Photo: Reuters

Security forces who spotted suspicious activity along the border fence near Kibbutz El-Rom were initially concerned that armed men were attempting to cross into Israel from Syria.

Israeli Arabs are estimated at 20% of the population, yet were over 40% of the offenders in 2010.

By BEN HARTMAN
The country’s Jewish population made up around 50 percent of those charged with crimes in 2010, lower than their percentage of the population, while Israeli Arabs – an estimated 20% of the population – comprised over 40% of offenders the same year, according to figures released Tuesday by the Central Bureau of Statistics. 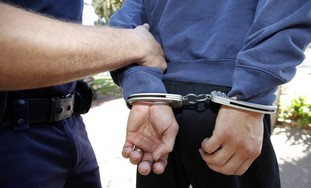