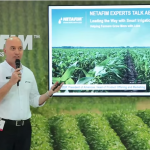 Netafim CEO released a statement that the location for their first plant in China was chosen due to its low rainfall levels that has led to an increasing interest by local farmers to find innovative ways in water conservation.

Drip irrigation and other water-saving technology will be getting a major boost in China, after Israeli drip irrigation leader Netafim opened its first production plant there on May 9. Netafim announced the inauguration of the plant in Yinchuan, the capital of the northwestern Ningxia Hui Autonomous Region. 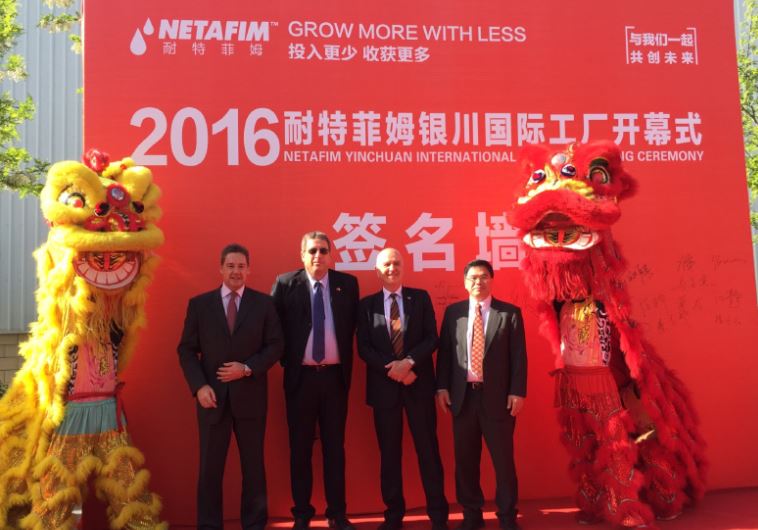 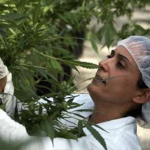 Many see the potential of medical marijuana, arguing it could be more lucrative to Israel than the newly found natural gas fields.

Israel is busy sorting out regulation for offshore natural gas reserves that are expected to be a boon for the local economy, while some argue that medical cannabis offers the Jewish state an even bigger financial opportunity.

Earlier this month, the Israel Loss Adjusters Association (ILAA) held a conference to discuss how Israel’s farmers could benefit from the growing global market for medical cannabis.

Israel to sell Gaza produce for first time since 2007

Subject to Health Ministry inspections, the first shipments of tomatoes & eggplants are expected on Sunday.
• This move will help Gaza farmers as well as meet the demands of the ‘shmita year’, when according to religious law, fields in Israel must lie fallow.

Following intensive ground work by Israel’s Coordinator for Government Activities in the Territories and Agriculture Ministry, a decision has been made to allow fruit and vegetables grown in the Gaza Strip to be shipped to and sold in Israel for the first time in nearly eight years. The process will be coordinated between the Israel Tax Authority and the Palestinian Authority. Continue Reading »

Israel Embassy initiative in Senegal fights against poverty in Africa

An Israeli innovation installed on the farm, a low-pressure drip-irrigation system, using much less water & producing improved quality of fruits & vegetables has been inaugurated in one of Africa’s drought-prone regions.

An initiative of the Israeli Embassy in Senegal recently led to the inauguration of a drip-irrigated vegetable farm in the city of Fatick earlier this month. 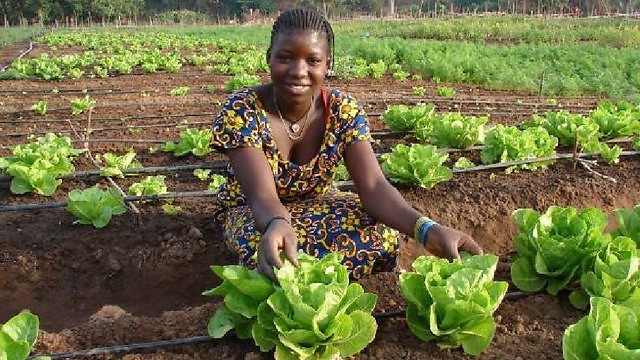 Managed by a group of Senegalese women, the farm plot was established following a request made by the First Lady of Senegal, Marième Faye Sall, to the Israeli Embassy, as part of the TIPA program, which began in 2006 as an initiative of the Embassy of Israel in Dakar and MASHAV (Israel’s Agency for International Development Cooperation) to alleviate poverty through agricultural innovation. Continue Reading »

NAIROBI, Kenya (JTA) — When they first arrived in northern Kenya in 2011 at the height of a massive drought, the Israeli refugee aid organization IsraAid planned to offer food and other core necessities to the 100,000 residents of the Kakuma refugee camp.

Regina Muthoni, left, and Kenneth Gitau of the Nairobi dance group Kreative Generations, learned to farm with the help of the nonprofit Israel for Africa.- Photo: Ben Sales

When the drought subsided a year later, IsraAid’s directors saw that this sort of assistance was becoming less crucial. Continue Reading »

After earlier prediction of an over-abundance of water, Israel is again facing severe crisis following a lack of winter rainfall.

Late last year, we reported that Israel was facing an over-abundance of water after seven years of drought. It would now seem such predictions were premature, with experts warnings that the coming year could see Israel up against yet another severe water crisis.

The previous winter saw good rainfall, and the beginning of the current winter started much the same, leading Water Authority officials to put Israel’s large desalination plants on notice that their full output would not be required in the coming year. Continue Reading »

NAIROBI, Kenya (JTA) — Bags of seeds from the Israeli seed company Hazera Genetics line the shelves of one warehouse.

Chris Mutune, a greenhouse caretaker for Amiran Kenya, working in one of the company’s sample greenhouses. (Ben Sales)

Another houses rolls of plastic from StePac, an Israeli firm whose bags can keep vegetables fresher for longer.

In a third warehouse are rows of coiled hoses, each pricked with holes engineered by Netafim, the Israeli company that pioneered drip irrigation. Continue Reading »

Farmers in the Negev warn that continuing danger along Gaza barrier is damaging the local economy.

Farmers near Gaza were told Tuesday to stay out of fields near the Gaza security barrier. The warning followed a fatal terrorist shooting in the area.

Terrorists have targeted agricultural workers in fields near Gaza in the past.

Farmers argued that the fields in question – those located within one kilometer of Gaza – are used for some of their most valuable crops. Continue Reading »

Agricultural products in Israel are 11% more expensive than the Organization for Economic Co-operation and Development average.

Israel‘s support for its farmers carries a heavy economic and social price, according to a report released by the Organization for Economic Co-operation and Development (OECD), which looked into the agricultural support policy in 47 countries, which are responsible for 80% of the global agricultural produce.

The report’s findings reveal that agricultural products in Israel are 11% more expensive than the OECD average. Continue Reading »

The agricultural cooperation will help reduce regional tensions, by creating economic committees & workshops for PA farmers etc, that are good for both sides.

Israel and the Palestinian Authority have agreed to renew the agricultural accords that were in place prior to the outbreak of the “Second Intifada” terror war in 2000.

Agricultural officials from both sides met and agreed to establish a regional center for economic and agricultural cooperation.

The initiative aims to improve food quality for the PA population, and to assist both Israel and the PA in fighting crop disease and infestation, both of which can easily cross man-made borders. Continue Reading »

A 10-member delegation of dairy farmers from the Punjab region of India recently visited Israel to participate in a training program about modern dairy farming techniques. 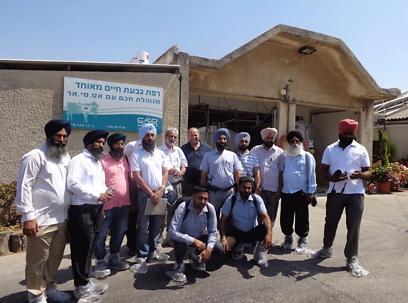 The unique program was especially designed for the group by the Center for International Agricultural Development Cooperation (CINDACO) of Israel’s Ministry of Agriculture and Rural Development.

The Times of India reported that in late July, the Punjab farmers visited modern dairy farms located on kibbutzim and moshavim across Israel and learned the latest dairy farming techniques from Israeli farmers. Continue Reading »

Israel continues to promote the quality of life for Gazans, while maintaining strict defensive measures to prevent as much damage from terrorist attacks as possible.

The Israeli army last week invited and facilitated the transport of 50 Palestinian farmers from Gaza to an agricultural conference in Tel Aviv.

The goal of the gesture was to help boost agricultural output in the Hamas-ruled Gaza Strip, as well as support professional cooperation between farmers in Israel and Gaza.

The gathering also provided the Gaza farmers with an opportunity to present their produce to attendees from around the world. Continue Reading »