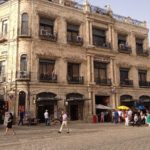 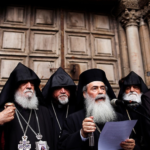 In a letter to Netanyahu seen by AFP, heads of the Armenian and Greek Orthodox churches in Jerusalem and a senior Roman Catholic official condemned the bill as “disgraceful.”They said its inclusion on the agenda of a government committee meeting scheduled for Sunday reneged on previous commitments to withdraw the law. Continue Reading » 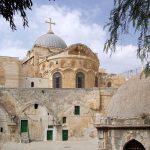 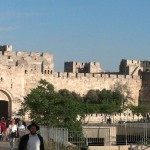 In an interview with the Hamas newspaper Al-Risala, Khatib said that many sources in the Christian community had told of various real estate transactions that had taken place with Jews. Continue Reading » 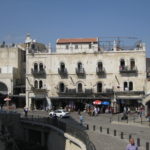 Israeli MK Rachel Azaria and hundreds of Jerusalem residents worried about the disposition of their homes, as well as any future change to the character of the capital of the Jewish State.

The Greek Orthodox Church last week sold 50 hectares of land in central Jerusalem – some 124 acres containing more than 1,000 housing units in numerous buildings – to an anonymous group of investors, spurring fears of a hostile takeover.

For many years, the land was leased to the Jewish National Fund in agreements that are about to expire, leaving the residents’ future rights in limbo. Continue Reading »