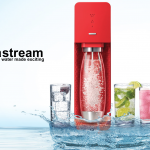 For $144 per share, in cash, PepsiCo diversifies its portfolio of snacks & beverages by acquiring the Israeli home-carbonation drink-machine product in a multi-billion dollar deal.

PepsiCo will acquire SodaStream for $144 per share in cash, representing a 10.9 percent premium to the Friday closing price of SodaStream’s US-listed stock.

Despite the risk of a backlash from the BDS movement, SodaStream Int’l CEO David Birnbaum said: ‘I am proud to be Israeli, so I’m putting my flag on 50 million products manufactured in Israel.’

SodaStream International announced that it will begin embedding the Israeli flag on the packaging for its products, Ynet reported.

The picture of the flag will be accompanied by the caption: “This product is made by Arabs and Jews working side by side in peace and harmony.”

SodaStream voluntarily decided to take the step of featuring the Israeli flag on the packaging of its products, despite the risk of backlash from the BDS movement. Continue Reading »

Oxfam charities chief: Firing Johansson over SodaStream was a fiasco

The head of the Oxfam International confederation of charities admitted that the organization’s public spat with former celebrity ambassador Scarlett Johansson over her support of the Israeli company Sodastream was a mistake which cost the organization thousands of donors, the Guardian reported.

600 Palestinians worked at the SodaStream factory in the Mishor Adumim industrial park, next to the West Bank settlement of Maale Adumim before it was forced to relocate. 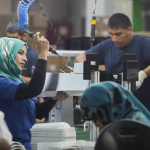 Int’l boycott threats and intimidation from BDS activist forced SodaStream to relocate its major factory from an Israeli community beyond the Green Line to the Negev in southern Israel, resulting in over 500 Palestinian workers leaving the company.

Hundreds of Palestinian workers are now unemployed after the factory where they worked, in an Israeli community beyond the Green Line, was targeted by an international boycott movement and forced to move to inside Israel, the company’s chief executive said Monday. 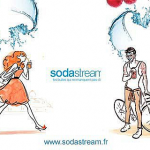 SodaStream CEO reveals long campaign of intimidation, vandalism  libel, and a ‘terror-like grenade assault,’ that forced him to fire hundreds of PA Arabs, relocate, and still, it doesn’t stop.

For over eight years the Israeli company SodaStream has been dealing with ongoing attacks by the BDS movement, calling to boycott it over its factory in Mishor Adumim to the east of Jerusalem that eventually it was forced to move to the Negev in late 2014.

Large economic losses inflicted by the BDS boycott movement forced the company to make the move – but the big losers in the story are the hundreds of Palestinian Arab employees of SodaStream who lost their jobs and income. Continue Reading »

SodaStream, which produces machines that allow people to make fizzy drinks, has been targeted by an international campaign calling for boycotting, divesting and sanctioning Israeli companies. Continue Reading »

Another #BDSFAIL as Harvard reverses its SodaStream ban

Pro-Palestinian activists at the university branded Israeli company‘s water dispensers as ‘microaggression’ forcing their removal, but after the university’s investigation, they reversed the controversial decision.

SodaStream is expected to shortly halt its operations beyond the green line, but those plans have not prevented it from being the target of boycotts, which have now spread to one of the most prestigious universities in the United States.

The dining halls at Harvard University have removed vending machines owned by the Israeli company after pro-Palestinian activists decried it as indirectly discriminating against Palestinians.

The campaign to remove the machines began last autumn, in e-mails sent by students. Continue Reading »

SodaStream said move to new factory in southern Israel is not because Palestinian activists launched a campaign boycotting the company because the factory was located in an Israeli town in the West Bank.

By Dror Reich, Reuters and The Associated Press

SodaStream is shuttering its controversial West Bank plant next year as part of a plan to boost growth, the company said Wednesday.

The plant in the Ma’aleh Adumim industrial zone, which employs Palestinian workers, has made the at-home soda machine maker a target of the anti-Israel boycott, divestment and sanctions movement, and put the company at odds with European policies blocking the import of products made in West Bank settlements.

Since 2012, pro-Palestinian activists from the Palestine Solidarity Campaign have demonstrated every Saturday as part of the global BDS movement.

An Israeli-owned store in England that sold replacement parts for SodaStream closed after two years of weekly boycott protests.

The EcoStream shop in the coastal town of Brighton shut down last week, the Jewish Chronicle reported.

The store sold the recyclable bottles for the SodaStream machines made in the factory in the West Bank settlement of Maale Adumim.

Since September 2012, pro-Palestinian activists from the Palestine Solidarity Campaign have demonstrated in front of the store every Saturday as part of the global boycott, divestment and sanctions movement.

SodaStream stocks jump with talks of merger with Starbucks

SodaStream International Ltd. shares rose as much as 17 percent on Wednesday in the wake of a Globes report that the coffee giant Starbucks was in advanced talks to buy 10% of the Israeli-based home soft-drink maker.

SodaStream and Starbucks may be close to a partnership deal, a new report claims – Photo: AP

“There are always rumors surrounding the company.

Hollywood superstar Scarlett Johansson held her ground in an aggressive UK interview, insisting again that SodaStream is a symbol of Israeli-Palestinian cooperation & an asset in Jewish-Arab relations.

Hollywood superstar Scarlett Johansson on Sunday again defended her decision to represent Israeli soda-maker SodaStream and shot down biased criticism of and efforts to boycott the Jewish state.

In an interview with the UK’s Observer that was supposed to focus on her role in an upcoming film, Johansson was aggressively confronted over her spokesperson position with SodaStream, which operates a large factory near the “Jewish settlement” of Ma’aleh Adumim. Continue Reading »

A delegation of 14 leaders from the Presbyterian clergy, a church that in the past supported boycotting Israeli products manufactured in Judea and Samaria (Shomron), arrived last week to visit Israel. The visit was organized by the America-Israel Friendship League (AIFL); the delegates’ goal was to discover Israel personally and to better understand the Israeli-Palestinian conflict.

Representatives from the Presbyterian Church, which has an estimated six million followers, visited the Soda Stream factory which is located in Maaleh Adumim, east of Jerusalem. Continue Reading »

Coca-Cola buys SodaStream’s competitor for $1.25b

By Reuters and TheMarker

Israel’s SodaStream, which has suffered a rough month amid profit warnings and the controversy over its West Bank factory, got some more bad news on Wednesday when Coca-Cola said it would be buying a stake in a company readying to launch a cold drink machine for home use.

The world’s biggest maker of soft drinks – whose products have been targeted by SodaStream commercials – is taking a 10% stake in Green Mountain Coffee Roasters, best known for its popular Keurig one-cup coffee brewer. Continue Reading »

British MP George Galloway, who is known for his hatred towards Israel and his backing of the Hamas terrorist group, criticized actress Scarlett Johansson this week for her refusal to back down from an advertising campaign for SodaStream, an Israeli company with a factory in Ma’ale Adumim, a Jerusalem suburb located over the 1949 armistice lines.

SodaStream has been the target of boycott attempts by pro-Arab groups who take issue with the company being located in what they see as “occupied Palestinian territory”. Continue Reading »

Some West Bank CEOs are losing no sleep over boycott threat

The possibility of a boycott and repeated rumblings that Europe is planning to label goods produced in the settlements could decrease that number, but Burg isn’t worried.

The CEO of Psagot Winery, which is located in a settlement of the same name in the hills of the central West Bank, Burg prides himself on running a Jewish-owned business in the West Bank, even welcoming groups of Christian Zionists who want to volunteer during the harvest.