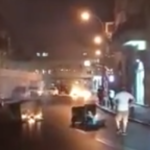 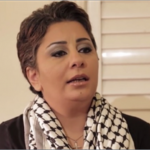 In a video interview, Sandra Solomon, the niece to one of Yasser Arafat’s top aides, speaks with authority on the hateful indoctrination of the Palestinians.

Sandra Solomon is the niece of Saher Habash, one of the founders of the ruling Palestinian party Fatah and a leader in the campaign of terror known as the Second Intifada.

She was born in Ramallah and later lived in Saudi Arabia. In both places, Solomon was raised to seek violence against the Jews. As a child she was taught to “hate the Jews, hail Hitler and praise the Holocaust,” Solomon said this month in an interview Israel’s Channel 2 News. Continue Reading »

A survey published by Israel TV channel 2 shows 56% of Israeli-Arabs think condemning Saudi Arabia for blacklisting Hezbollah as a terrorist organization was not justified.

Most Israeli Arabs think that the Joint List Knesset members do not properly represent them, according to a survey published by Channel 2.

According to the survey, which was completed by 350 people from the Arab sector alone, 56% believe that the Arab MKs do not represent them or represent them to a lesser extent.

On the other hand, 40% Israel’s Arab citizenry feel that the Joint List MKs represent them quite or considerably well. Continue Reading » 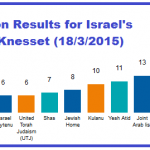 Although having been written off by many Israeli commentators 6 months ago, a recent TV2 poll showed that, perhaps unsurprisingly, the Yisrael Beytenu leader Avigdor Liberman is the best man to end current wave of Palestinian terrorist attacks.

When Yisrael Beytenu party leader Avigdor Liberman declared last April that he would not be joining Prime Minister Binyamin Netanyahu’s coalition, many commentators saw it as the final, vengeful act of a political has-been.

“A political suicide bombing” was how some in the Israeli press described it, noting how in the process of ostensibly making his much-reduced party irrelevant, Liberman had also left his political nemesis Netanyahu in the incredibly uncomfortable position of being held hostage by a mere 1-MK majority, in a government with more than one source of political dysfunction. Continue Reading »