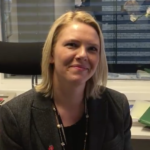 In an interview with an Israeli news site, Norwegian Minister of Migration & Integration, Sylvi Listhaug, said, “We are now experiencing the fear that you have been experiencing in Israel for decades, and now many people understand the situation you live in. We see what is happening in Sweden, Britain and France.”

In 2015, Norway accepted approximately 30,000 immigrants from North Africa and the Middle East. Only 1,000 Muslim immigrants have entered Norway so far in 2017.

The dramatic decrease in immigration is the result of the immigration policies of Norwegian Minister of Migration and Integration Sylvi Listhaug. Continue Reading » Israel’s new Deputy Foreign Minister Hotovely met with Norwegian Foreign Minister Borge Brende in Jerusalem: Norway’s gov’t must understand there is an Israeli consensus that Jerusalem must remain the undivided capital of the Jewish State. 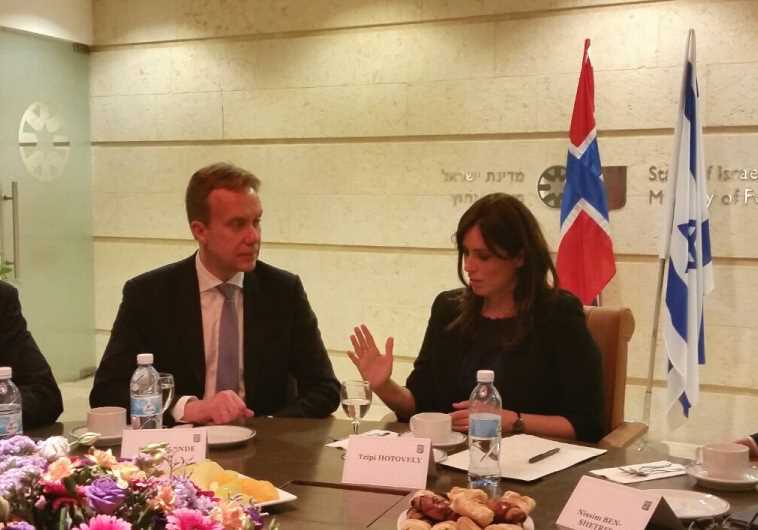 Hotovely told Brende, “We expect you to put pressure on the Palestinian leadership to recognize the State of Israel as the state of the Jewish people.”

On the future of Jerusalem, Hotovely said, “The Norwegian government has to realize that there is an Israeli consensus regarding the unity of Jerusalem.” Continue Reading »

Foreign Minister Avigdor Lieberman and Norwegian Foreign Minister Børge Brende were forced to run for cover Wednesday, when a rocket fired by Gaza militants struck a building in Ashkelon during their visit to the city. 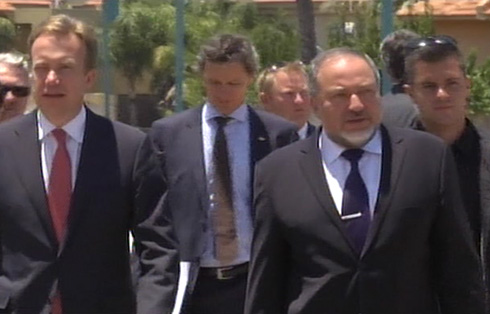 Lieberman had taken his Scandinavian counterpart to the city, which has been battered by rockets from Gaza, and the two top diplomats ran when the siren sounded. No one was hurt in the attack. Continue Reading »

The Norwegian YMCA-YWCA ‘encourages broad economic boycott of goods & services from Israel to pressure the Israeli gov’t to end the illegal occupation of Palestine’.

Norway’s Young Men and Women’s Christian Association aligned itself with the Boycott, Divestment and Sanctions movement against Israel, or BDS.

Flags at the Jerusalem YMCA building. But where is Israel’s?
Photo: Oren Nachshon

The Norwegian YMCA-YWCA “encourages broad economic boycott of goods and services from Israel and Israeli settlements to pressure the Israeli government to follow up on U.N. resolutions and end the illegal occupation of Palestine,” the organization wrote in a statement published on its Norwegian-language website last week.

Israel’s PM happily informs his Norwegian counterpart in Davos, that his son, Yair, is serious about a Norwegian student.

A smiling Israeli Prime Minister Benjamin Netanyahu met with his Norwegian counterpart, Erna Solberg, in Davos, Switzerland on Thursday, and one of the topics on the agenda was Netanyahu’s son’s new Norwegian girlfriend.

Netanyahu reportedly revealed to Solberg that his son, Yair, had recently vacationed in the northern part of Norway with his new girlfriend, , a Norwegian national who is currently studying at Israel’s Interdisciplinary Center in Herzliya.

Norwegian news agency Dagen managed to snag some photos of Yair and Sandra together in Norway from her Facebook page. Continue Reading »

Norway’s record of hostility towards Israel is now assuming a more balanced policy, enhancing cooperation in various fields such as energy & television. Norway’s PM Solberg is expected to make 1st visit to Israel this year.

BERLIN – The new Norwegian government, which so far was considered one of the most hostile administrations facing Israel, is working towards bracing the ties between the two countries and enhancing mutual cooperation in an array of fields.

The conservative-progressive minority government, which was established some three months ago, included an article in its elections platform that states that the government will change its Middle East policy and implement a more balanced course of action. Continue Reading »

Norway’s Christian leaders arrive at the Knesset, asking forgiveness over Norway’s attitude, pledging their support for Israel and hopes in forming a new Christian political party, saying Israel belongs to the Jews.

Pastor Terje Ligerod, head of the Norwegian delegation of roughly 40 Christian leaders visiting Israel this week, told Arutz Sheva that his group came to ask forgiveness for Norway’s antagonism towards Jews, and to pledge support for the Jewish state.