The American late night comedy landscape hasn’t been kind to Benjamin Netanyahu this election season. But on Friday, Bill Maher – always one in favor of shaking things up – came to the Prime Minister’s defense on his HBO show Real Time with Bill Maher.

Maher dismissed hypothetical comparisons by critics who compared Netanyahu’s controversial statement where he warned his Right-wing base of a strong Arab voter turnout to Romney making similar statements against African Americans in 2012. Continue Reading »

A leading Israeli expert on Middle East affairs warned on Friday that if Isaac Herzog wins Tuesday’s elections and becomes the next prime minister, Israel’s enemies will certainly take the opportunity to test the Jewish state’s new leadership militarily.

“If a government headed by Herzog is established, I will not be surprised if there is an attempt by the Iranian-Hezbollah-Hamas side to test it, very early on,” said Channel 2 analyst Ehud Ya’ari. Continue Reading »

Assessment: Why the Arab World Seeks a Herzog-Livni Win

The Arab world has been dreaming of the day when a Herzog-Livni type alliance would stand at the helm of the Jewish state.

Honest disclosure I: I have been acquainted with the Herzog family for decades, ever since I was a child, and at various points in my life I crossed paths with all three Herzog brothers, Joel,  Brigadier General (Res.) Michael and MK Yitzchak.

Yitzhak Herzog and Tzipi Livni in spoof ad, whining over who’s turn it is to answer Obama’s call. – screenshot

I have always held this aristocratic family in great esteem for their generosity, deportment, intelligence and erudition, as sons of Israel’s late sixth president Chaim Herzog and grandchildren of the late Chief Rabbi Yitzchak Isaac Halevi  Herzog.

The article’s author, Fred Fleitz, a former CIA analyst who worked with the House Intelligence Committee, wrote that Dagan’s “criticism of Netanyahu’s speech is a case of a former government official politicizing national security and is not reflective of the views of Israeli intelligence.”

50,000 rally in Tel Aviv for new government, but polls show most Israelis admit Netanyahu is still the best candidate.

A weekend rally calling to replace Benjamin Netanyahu as Israel’s leader in the upcoming elections drew an estimated 50,000 participants. At the same time, a national survey showed that a majority of Israelis accept that Netanyahu will remain their prime minister.

The Saturday evening rally in Tel Aviv’s Rabin Square featured a lineup of speakers denouncing Netanyahu over the difficult economic situation in which most Israelis find themselves and the collapse of the peace process with the Palestinians. Continue Reading »

Liberman Interview: All options on table to stop a nuclear Iran

Key decisions on countering Iran’s nuclear program must be made in Jerusalem, Foreign Minister and Yisrael Beytenu leader Avigdor Liberman declared on Wednesday.

In an interview with The Jerusalem Post Election Arena at the Herzliya Studios, Liberman praised Prime Minister Benjamin Netanyahu’s address to Congress on Tuesday, but said “crucial decisions” needed to be taken by this government or the next.
“It was a very important speech in Washington, but what is more important is to take decisions in Jerusalem,” Liberman said. Continue Reading »

There is growing tension between the Labor-Hatnua list, officially known as The Zionist Camp, and the Arab sector in Israel.
Dozens of people protested Saturday against the visit by party leaders Yitzhak Herzog and Tzipi Livni – as well as the Arab candidate on the list, Zohair Bahalul – at Umm al-Fahm, in north central Israel. Three were arrested when a scuffle broke out with police.
Continue Reading »
Category: Israel News | Tags: Elections 2015, Israel Politics, Labor-Hatnua, Umm al-Fahm
israelandstuffcom | February 27, 2015
No comments

Israel’s Foreign Minister tells i24news he’ll push for ouster of Hamas, death penalty for terrorists and will never a form coalition with leftists.

The first law Israel’s Foreign Minister Avigdor Lieberman will push for during his party’s next tenure in the Knesset will be capital punishment for terrorists, the official told i24news in an exclusive interview.

Capital punishment is currently not practiced in Israel, and only two people were executed in the state’s history: the Nazi war criminal Adolf Eichmann and a soldier accused of treason and exonerated posthumously.

The hawkish statesman said he was not overly concerned over his party’s performance in the polls, which predicted it might struggle to pass the electoral barrier and could face a spell on the sidelines of Israeli politics. Continue Reading »

The amount of nonsense Israelis are subjected to as election campaigns heat up is diverting attention the new United Arab List that poses a serious problem for the Jewish state.

The list is a merger of four Israeli Arab Knesset factions that run the gamut from communists to extreme Islamists. If this list wins the 12 seats surveys say it will win, the Knesset will play host to a powerful political faction that takes order and money from Palestinian Authority leader Mahmoud Abbas.

Far-right activist Baruch Marzel, one of the leaders of the outlawed Kach movement, was too barred from participating in the March 17 election.

In the summer Zoabi, a member of the Balad party, was banned from the Knesset plenum for six months after she made comments saying that the kidnappers who murdered three Israeli teens were “not terrorists.” Continue Reading »

Herzog-Livni union announced that it will no longer support the petition to bar anti-Israel Palestinian MK Hanin Zoabi, in move to ensure Arabs endorse Labor’s Herzog as PM.

The Zionist Camp, which only on Thursday announced it would support a petition filed with the Central Elections Committee to disqualify controversial Balad MK Hanin Zoabi from participating in the March 17 elections, has reneged, announcing Monday that it will not back the move.

The petition, filed last week by Likud and Yisrael Beytenu, states that Zoabi’s outspoken support of an armed Palestinian struggle against the State of Israel, as well as past statements in which she negated Israel’s existence, are in violation of Basic Law: The Knesset. Continue Reading »

Levi appeared to be leaning as far away from Bennett as possible, even as she grilled him over statements about rampant crime and anti-Jewish violence in the Arab sector that she found “racist.” The interview is embedded below.

Israel has three television news channels: Channel 1 public television, and the commercial channels 2 and 10, which are government supervised to a certain degree.

PM Netanyahu blames publisher of Yedioth Ahronoth & Ynet News for their mounted ‘smear attacks’ against his wife & himself.

“The time has come to put this out on the table: The main element behind the wave of smear attacks against my wife and myself is [Arnon] Mozes, publisher of the newspaper Yedioth Ahronoth and of the Ynet website,” Netanyahu wrote on his Facebook page and on Twitter. Continue Reading »

James Baker: Netanyahu’s Speech Before US Congress Could Be Election Disaster

Former Secretary of State James Baker, compares situation when former PM Yitzhak Shamir, who clashed with the US and was subsequently replaced by Rabin in 1992 elections.

Former US Secretary of State James Baker said Sunday that House Speaker John Boehner’s invitation to Prime Minister Binyamin Netanyahu to address Congress, which was extended without consulting the White House, is a breach of diplomatic protocol. “I can’t remember an instance in which it’s been done,” said Baker, who was secretary of state under President George H.W. Bush, on CBS‘s “Face the Nation.”

U.S. Congress Recognizes Natanyahu as Significant Asset to the State of Israel

The official invitation extended to Prime Minister Benjamin Netanyahu to speak before the Congress is a testament to the fact the prime minister is a significant asset to the State of Israel, MK Ze’ev Elkin (Likud) said on Tuesday in an interview with Ynet. 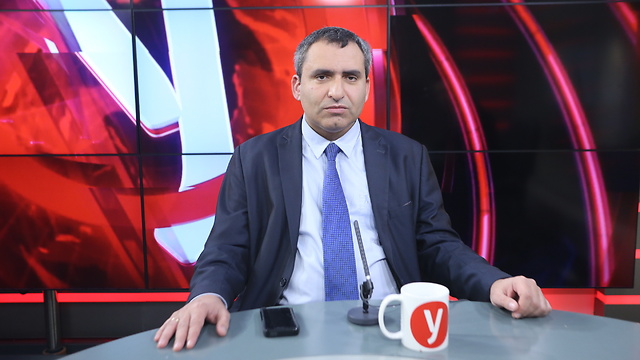