Their classmates—a group dominated by ultra-Orthodox and Orthodox Jews—warmly embraced them throughout their years of study together. Continue Reading »

In a Lithuanian forest, an international research team has pinpointed the location of a legendary tunnel that Jewish prisoners secretly dug out with spoons to try to escape their Nazi captors during World War II, the Israel Antiquities Authority announced Wednesday.

Preparation for electrical resistivity tomography scan of the pit used to hold the victims before their execution at Ponar massacre site near the town of Vilnius, Lithuania – Photo: Ezra Wolfinger

The tunnel in the Ponar forest, known today as Paneriai, outside the Lithuanian capital of Vilnius, is the site where some 100,000 people, including 70,000 Jews, were killed and thrown into pits during Nazi occupation. Continue Reading »

Pew Survey: Hindus & Jews are most highly-educated in US

The Pew survey revels a 6.7% increase in the amount of Americans who do not affiliate with any religion, but having Islam as the fastest-growing religion, with a 0.5% growth.

The Pew Research Center on Tuesday released its annual report on religion in the United States which showed that Hindus and Jews were the most highly-educated people in the country, as well as those with the highest incomes on average. 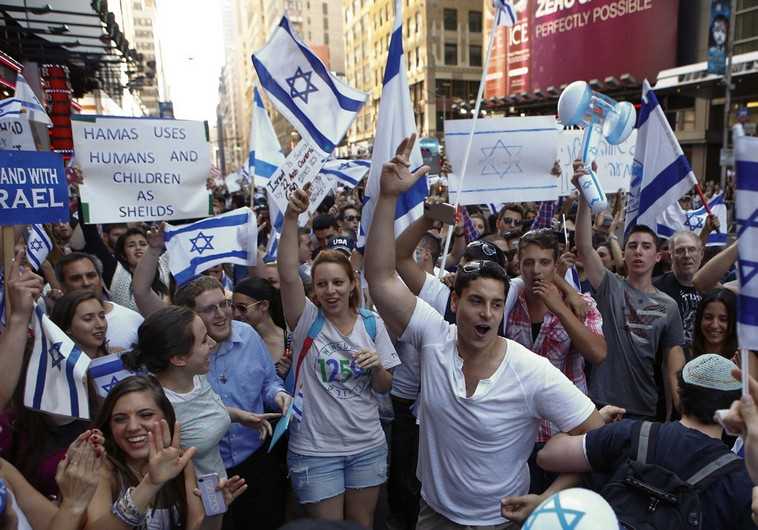 According to the 2014 US Religious Landscape Study, 59 percent of Jews in the US said they were college graduates, while 77% of Hindus also said they were holders of academic degrees. Continue Reading »

LOS ANGELES (JTA) — It’s a sunny morning in Southern California and Lea Rosenfeld, a soft-spoken, bespectacled woman who looks like a Jewish grandmother, squares her feet, faces her target and squeezes off five shots with a handgun.

All of them miss.

Two teenage female students break ritual barriers by donning tefillin with the support of their rabbi.

By The Forward and Anne Cohen

Rabbi Tully Harcsztark, head of the school, sent out an email explaining that two girls were granted permission to wrap tefillin at the school’s daily all-girls meeting, reports the Boiling Pot, the online student newspaper of Shalhevet High School in LA. Continue Reading »