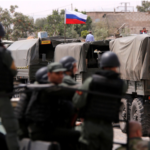 Moscow’s decision to send the S-300 missile defense system came after a Russian plane was mistakenly downed by Syrian air defense, killing 15 Russian serviceman on board, during an Israeli air strike in Latakia.

“We have completed the delivery of the S-300 system,” Shoigu said according to Russia Today (RT) adding that the system consisted of 49 pieces of military equipment, such as radars, control vehicles and four launchers.

Russian plane possibly shot down accidentally during attack in Syria 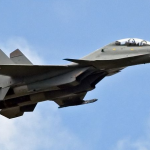 Russia’s Defense Ministry on Monday said one of its planes carrying 14 people on board “disappeared from the radar during the Israeli attack” after Syria’s state media reported that its air defenses had engaged a barrage of rockets fired from the ocean.

According to the statement radars also recorded the launch of missiles from a French frigate stationed in the Mediterranean.

US officials speaking on condition of anonymity claimed the Russian plane was shot down by the Syrian air defenses trying to thwart a suspected Israeli airstrike. 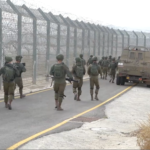 With the return of the United Nations Disengagement Observer Force to the frontier between Syria and Israel, Russia announces its military police will assist them until all UN patrols along the border are fully restored.

The Russian military said Tuesday that its forces in Syria will help UN peacekeepers fully restore patrols along the volatile frontier between Syria and the Israeli Golan Heights.

The Russian deployment in the area has highlighted Moscow’s growing clout in the region, marking a successful attempt to balance the sharply conflicting interests of Israel and Iran.

“The Russian flag is the guarantor of peace and security on that land,” said Lt. Continue Reading »

The report did not indicate when the meeting took place. Continue Reading » 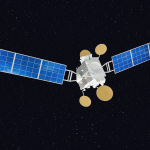 In high definition photos taken by the Israeli “Eros B” satellite, the weapons, dubbed “Iskander” missiles, are clearly seen on trucks inside an army base in Latakia, located in western Syria.

The pictures seemingly prove what western intelligence agencies have long suspected: Russia has provided Syria with a wide array of the most advanced missiles in its possession. Continue Reading » 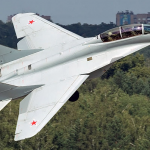 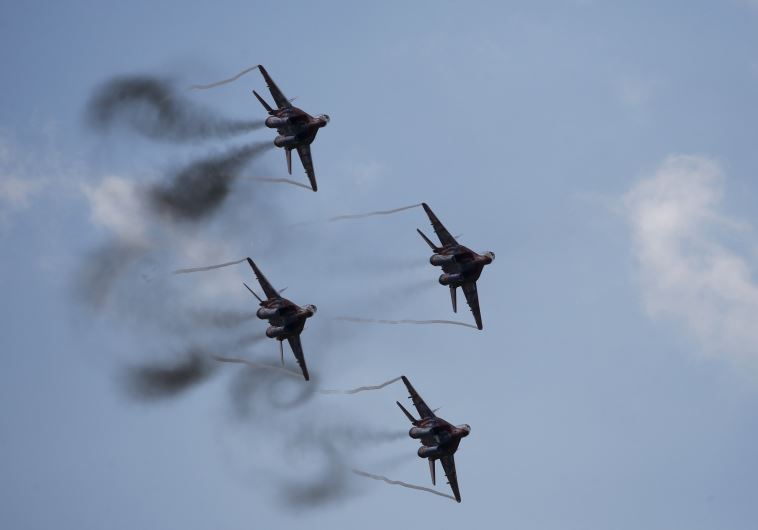 According to the report, Russia had been concerned about air support and bombed regions where Iranian and Hezbollah troops were located to face off Syrian opposition elements and Islamic State militants. Continue Reading »

China announces support for Russian plan, so France is drafting a UN resolution for Syrian chemical weapons to be place under international control.

By REUTERS
French Foreign Minister Laurent Fabius said France would propose a United Nations Security Council resolution setting out conditions for Syria to place its chemical weapons under international control and accept that they will be dismantled, a plan that could avert planned US military strikes in response to the country’s suspected use of its arsenal on civilians. 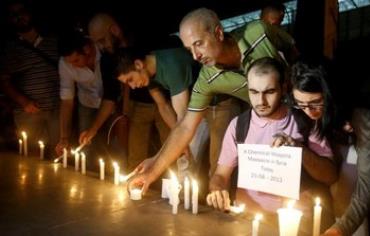 US President Barack Obama has argued that Syrian President Bashar Assad, fighting to continue his family’s four-decade rule, apparently used chemical weapons against its own population in an attack on the outskirts of Damascus on August 21.

Russian reconnaissance ship getting into position in the eastern Mediterranean.

Israel sends home its reserves for the meantime as it dials back its missile defenses.

The nuclear-powered aircraft carrier USS Nimitz and other ships in its strike group are heading west toward the Red Sea to help support a limited U.S. strike on Syria, if needed, defense officials said on Sunday.

REPORT: The number of cargo ships sailing to Syria from a Ukrainian port used by Russia’s arms export monopoly has increased sharply.

MOSCOW — More than two years into Syria’s civil war, President Bashar Assad is settling his bills for Russian arms orders through the Russian banking system to try to shore up ties with his most powerful ally, according to a Russian arms industry source.

The payments, which have increased in recent months, show how Assad has sustained his ties with his main diplomatic defender, a relationship that has come under the spotlight this week as Western countries plan military action to punish him for suspected chemical weapons attacks on civilians. 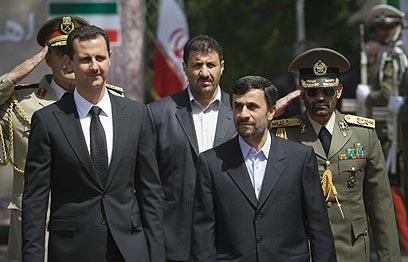