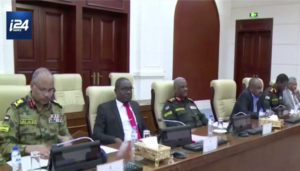 According to reports in Sudanese and Arab media outlets, Washington gave Sudan 24 hours to respond to an ultimatum demanding that Sudan recognizes Israel and normalizes its ties with the Jewish state in exchange for being removed from the US blacklist of terrorism supporters.

As US and Israeli officials repeatedly vowed that more countries would join in on the normalization push, Sudan was speculated to be one of the likeliest countries to follow the UAE and Bahrain in normalizing relations with Israel.

Earlier, i24NEWS reported that Israel’s Prime Minister Benjamin Netanyahu and Sovereignty Council chair Abdel Fattah al-Burhan were supposed to meet in the near future to discuss the prospect. 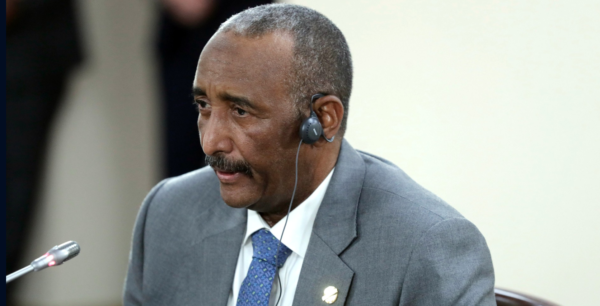 Netanyahu already spoke with Burhan earlier this year during a surprise meeting in Uganda, which sparked a public outcry in Sudan.

The Sudanese leadership has long appeared split on the prospect of normalizing ties with Israel — a plan apparently backed by its military component, but not as much by the civilian one.

Do not be misled into thinking that Sudan was forced into making peace with Israel.

On Febuary 3 of this year, eight and a half months ago, Abdel Fattah al-Burhan, the Chief of Sudan’s Sovereignty Council, surprisingly traveled to Uganda for a 2-hour meeting where other African leaders were already welcoming the Israeli Prime Minister, Benjamin Netanyahu, to begin talks on the normalization of relations & increase cooperation between their perspective countries and the Jewish State.

So, this was by far not a coerced agreement… rather an expedited one…. by waving a ‘carrot’ to entice the Sudanese to act quickly.

One of Sudan’s road-blocks in making the agreements with Israel, is the Palestinian issue, and the threats and intimidation they employ.

President Trump has helped this along after his very successful peace deals with the United Arab Emirates and Bahrain. That deal, with TWO Muslim countries was not fought or hampered by the Arab League or Saudi Arabia. They remained silent as the Palestinians called them all ‘traitors’ for ‘back-stabbing’ them.

The Palestinian have also engaged South Africa to torpedo deals in the working.
They have also sought the Arab League’s help in neutralizing African-Israeli ties.

In essence, the strategic decision of the Saudis to remain silent was a  de facto ‘blessing’ of the two peace deals. That decision was also an acknowledgment of the Palestinian leadership’s newly established irrelevance.

Last week a Saudi journalist exposed the backstory of the Palestinian Authority’s agenda in not making peace.  This may be the motivation in the Saudi’s decision in making Abbas irreverent.

The Palestinians went so far as to ‘out’ 5 countries in line to cement peace deals with Israel...thinking it would shame them.

So you can see: Peace with Sudan has been in the works, and will only be the third of a few new Peace Deals with Israel already being negotiated… Inshallah!