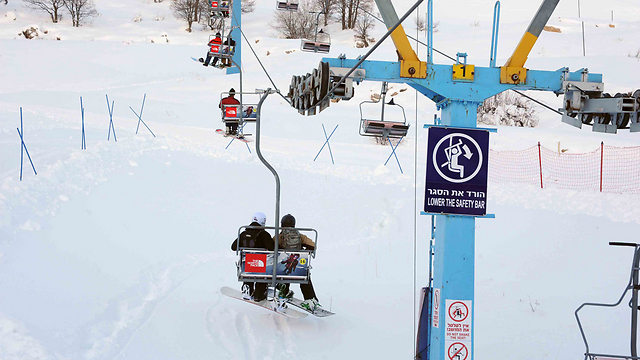 Meanwhile, hundreds of skiers made their way to the Mount Hermon Monday morning, after the snow site opened to visitors. Continue Reading »

IDF Chopper Gets Expectant Mother to Hospital on Time

IDF’s elite search and rescue unit, Unit 669, managed to land a helicopter in a snowbound Shomron community to fly a woman in labor to hospital in time to deliver.

A woman living in the snowbound hilltop community of Yitzhar in the Shomron (Samaria) phoned the town’s crisis center on Shabbat (Saturday) morning and informed them that she is in labor.

The community’s medical team was rushed to the house and advised that she be taken to the hospital immediately. Continue Reading »

With storm winding down 35,000 households still without power

As snow continues to pile up in Jerusalem and northern mountain tops, tens of thousands of Israeli households are still without power. The Israel Electric Corporation (IEC) said 35,000 households across the country are without power as a result of the tough weather conditions. 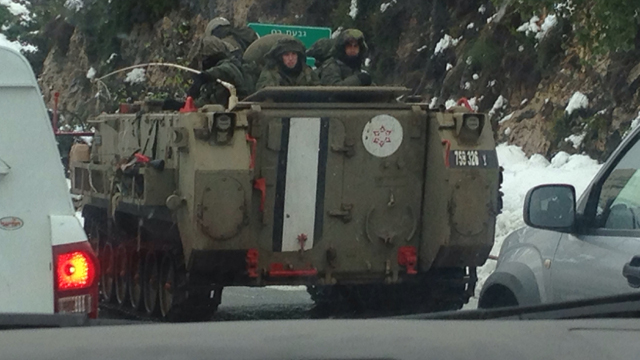 Road closures throughout Jerusalem and on roads entering & exiting the capital as snow blankets the city & surrounding area.

The worst of the cold weather system expected Friday.

Fifty centimeters (19.7 inches) of snow fell in Jerusalem on Thursday and Friday (as of press time), leading to a state of emergency in the city, to which entrance and exit roads have been closed.

“I’ve heard of making guests welcome and feeling at home. This is as far as I’ve seen anyone go, giving a nice New England snow storm,” said U.S. Continue Reading »

Photo Essay: More Pics of a Snowed in Jerusalem

This year’s snowstorm has brought both wonderment, smiles & plenty of damage. The following is both Arutz Sheva staff and reader submissions for Snowstorm 5774 (2013).

While children are out on the streets playing in the snow, others are surveying the damage caused by downed tree branches, downed power lines and other issues caused by the rare snow storm which has affected most of the county. Snow has hit Jerusalem, shutting down streets and cancelling buses. Snow has also hit northern Tzfat, Ariel, Gush Etzion, and other areas.

The snow has brought both wonder, smiles and damage. Continue Reading »

Jerusalem anticipates snowfall for third year in a row

Barkat says Israel’s capital prepared for snowfall, that may fall as early as Thursday; snow to also fall on Golan & Galilee mountain peaks.

After two winters in a row that did not disappoint, the capital’s residents are waiting in anticipation for a potentially snowy end to their week.

“Snow in Jerusalem is a celebration for Jerusalemites and the many visitors who come to see the most beautiful city in the world painted white,” said Mayor Nir Barkat. “We hope the snow does not disappoint – especially the children of Jerusalem who are waiting and excited.” Continue Reading » 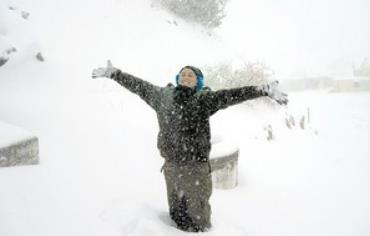 Schools throughout the Jerusalem area are closed Thursday, with buses & light rail not running. Snow expected to fall until afternoon.

Forget Jerusalem of gold, because after the snowfall that began Wednesday and is expected to last until Thursday afternoon, the city should be called Jerusalem of white.

Residents of the capital woke up to more than 10 cm of snow which accumulated overnight. The snow left its mark throughout the center of the city, but the higher neighborhoods, such as French Hill and Mount Herzl, experienced the most amount of accumulation

The Jerusalem Municipality opened a special operations room to address any transportation problems which may arise due to the weather. Continue Reading »

Increase comes after heavy snowfall in northern Israel and Jerusalem, and as rains inundate Tel Aviv.

A weekend of heavy rains and snowstorms throughout the country contributed to a 20 centimeter rise in the level of Lake Kinneret, one of Israel’s primary sources of drinking water.