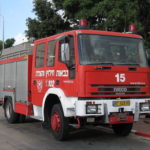 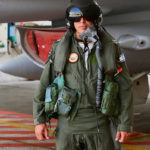 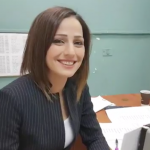 Earning praise from the public and her peers, Ghadir Kamal Meriach became Israel’s first female Druse TV news presenter this past weekend, especially considering how the Druse community still takes a conservative attitude regarding women working outside their villages.

While in the process of becoming history, IBA is making history. On Saturday evening, for the first time, its Channel 1 featured a female Druse presenter on the weekend news. Continue Reading »

Israel’s Druze communities, supported by the Tourism Ministry, are appealing to the Israeli weekend tourist, largely with their traditional cuisine, in an industry where the women have a huge influence.

Hurfeish, Israel — Ibtisam Fares hunched next to a small outdoor oven, making fresh pita bread topped with spreads of za’atar, fresh red pepper, and meat. She brought them to an outdoor table already covered with local delicacies including humus, stuffed grape leaves, and an array of fresh salads, chopped just moments before. A jug of lemonade with fresh mint stands waited for thirsty visitors.

In response to Netanyahu’s declaration Israel would never vacate the Golan, UNSC felt the need to remind Jerusalem that ‘the status of the Golan remains unchanged’ & Israeli annexation of the plateau is ‘null & void and without int’l legal effect.’

UNITED NATIONS – The United Nations Security Council on Tuesday voiced alarm over Israeli cities and towns about the Golan Heights on Syria’s border with Israel, adding that its status remains unchanged. 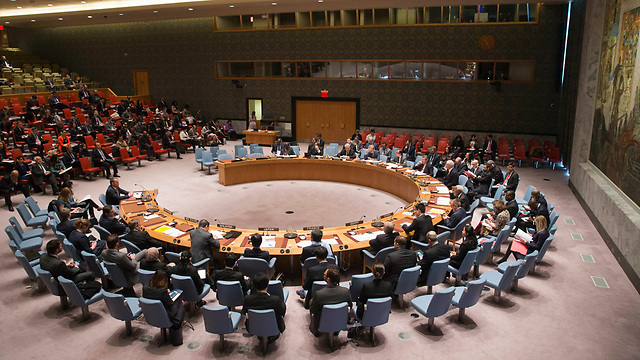 Earlier this month Prime Minister Benjamin Netanyahu declared that Israel would never relinquish the Golan Heights, in a signal to Russia and the United States that the strategic plateau should be excluded from any deal on Syria’s future. Continue Reading »

Rabbi Yaakov Kermaier took the opportunity to bring Druze & Jews together for Jethro’s Shabbat, when the story of Moses’ father-in-law, and the founder of the Druze religion is told, after visiting the family of Zidan Seif, the brave Druze policeman who lost his life stopping the massacre at the hands of Palestinian terrorists in Jerusalem’s Har Nof synagogue.

Rinal Seif has worn only black for 13 months, during which she mourned the death of her husband the police officer, Master Sergeant Zidan Nahad Seif, who was killed while attempting to stop the terrorist attack at the synagogue in Jerusalem’s Har Nof neighborhood. Continue Reading »

An Israeli military task force, accompanied by tanks and bulldozers, crossed about 500 yards into Syrian territory near Quneitra recently and dismantled a refugee camp in the area, Arab news outlets reported Thursday.

Israeli Druze look over the border with concern at the fighting in Syria – Photo: AP

According to the reports, the refugee camp, consisting of tin huts and tents, was built in an area controlled by the Nusra Front and was home to dozens of Syrian families that had fled the nearby fighting. Continue Reading »

It’s reported that Israel is prepared to secure humanitarian aid for the Druze village of Khadr, which lies close to the Israeli border.

Israel intends to create a humanitarian buffer zone inside Syria, along its border, in order to help that country’s Druze, according to the Walla News web site. Israel is in contact with the Red Cross and various countries regarding the buffer zone. 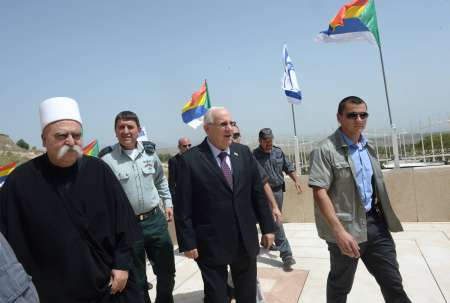 Israel’s President Reuven Rivlin visits the grave of the prophet Jethro in the Galilee, in honor of the Druze holiday Nebi Shuayb, April 27, 2015 – Photo: Haim Zach

A diplomatic source told Walla that “there is no intention to ignore the possibility of a massacre against the Druze.” Continue Reading »

Leaders from the Israeli Druze community met with Dan Shapiro, US Ambassador to Israel, to request airstrikes from Israel & the US, and help by arming the Druze in Syria fighting ISIS.

The Druze community in Israel has reached out to the US this week, begging Washington to protect Druze across the border in Syria.

US Ambassador to Israel Dan Shapiro met with Druze community leaders Thursday, according to Channel 2, during which community leaders begged Shapiro to get the US more involved in the fighting between rebel forces and the regime army of President Bashar Al-Assad. Continue Reading »

High-ranking Druze reservists opposed to the move have sent a harshly worded letter to Prime Minister Benjamin Netanyahu in which they call on him to intervene. The Druze officers warn that if the decision is not rescinded, they will petition the High Court of Justice and stage demonstrations outside the Kirya base in Tel Aviv.

Herev was formed in 1974 and around 400 Druze soldiers currently serve in the battalion, which is involved primarily in routine security duties along the border with Lebanon. Continue Reading »

MK Ayoub Kara opposes Chief of Staff’s decision to shut down ethnic unit, as most Druze recruits would rather integrate into the IDF like other soldiers do.

Deputy Minister Ayoub Kara is upset over the decision by IDF Chief of Staff Lt. Gen. Gadi Eizenkot, to shut down the Druze Battalion.

The decision to close down the battalion after 40 years of existence was reported Monday on the IDF Website.

Eizenkot’s decision “does a disservice to the heritage and past of one of the IDF’s most important and fascinating units,” he said, “despite the desire for change and integration among the young Druze, which I support.” Continue Reading »

The spiritual leader of Israel’s Druse community on Friday rebuffed comments by Lebanese Druse parliamentarian Walid Jumblatt, who called on his coreligionists to support the Joint Arab List.

In an interview with the Arab-language web site Huna, Sheikh Moafaq Tarif said that the Druse in Israel “are an inseparable part of Israeli society and they enjoy freedom of expression and freedom to do as they please.”

Tarif said that the Druse community fields candidates who run with both right-wing and left-wing parties. Continue Reading »

The IDF fired 20 artillery shells at Syrian positions from which rockets were launched at Israel, two of which exploded in the northern Golan Heights on Tuesday. The rockets likely hit open areas and at this stage, no injuries or damages were reported.

Residents in Druze villages near the border reported to hearing several explosions, shortly after a Code Red rocket alert siren was sounded near the border. Continue Reading »