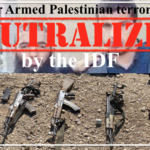 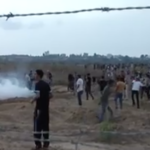 IDF soldiers killed two Palestinians on Sunday afternoon, and shot a third while trying to cross and sabotage the southern end of the Gaza border fence, according to the IDF Spokesperson’s Unit.

The third Palestinian was said to be in serious condition and was evacuated to hospital in the strip.

The 2 explosive devices the IDF found planted on the Israel-Gaza border, April 8, 2018. 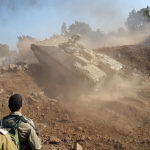 IDF incorporates hi-tech in the Namer APC, with grenade launchers & guns operated from inside, an ability to charge the battlefield and smashes through walls, and the famed Trophy anti-missile protective system.

A confrontation between the IDF and the Hezbollah terror group in 2018 will significantly differ from that fought in 2006, and the nature of the preparations will also be dramatically affected. One of the factors the IDF is most unsure about is the condition of Hezbollah within Lebanon.

The morale of the Shi’ite militia, which the IDF Chief of Staff Lieutenant Colonel Gadi Eizenkot called Israel’s number one enemy, is at an historic low point. Continue Reading »

Interview with IDF’s Golani Brigade Commander: ‘Our job is to win wars’

Golani Brigade Commander Col. Rasan Alian believes that the expectation of sterilized warfare, without casualties or glitches, is unreasonable. “We are setting the bar so high that we will never be able to live up to it,” he warns.

This week, in which we observe Israel’s Fallen Soldiers and Victims of Terrorism Remembrance Day immediately followed by Independence Day, belongs to the Israel Defense Forces’ Golani Brigade in many respects. It is true every year, but especially this year: The brigade has lost 16 of its men in last summer’s Operation Protective Edge — a painful reminder of the toll living in this country takes, but also of the fact that Golani is always there, on the front line, where results are needed and determined. Continue Reading »

Cleared for publication: The names of 5 of the 13 IDF officers & soldiers who were killed in an attack on an APC in Gaza.

The IDF cleared for publication on Sunday night the names of five of the 13 officers and soldiers who were killed in an attack on an APC in Gaza.

Captain Tzafrir Bar-Or, a commander in the Golani Brigade, 32, of Holon. His funeral will be held Monday at 1:00 p.m. in the military section of the cemetery in Holon.

Major Zvi Kaplan, a commander in the Golani Brigade, 28, from Kedumim. Continue Reading »

Thirteen IDF soldiers have been killed since Saturday night, the IDF said. The process of identifying the bodies is still ongoing.

IDF’s Nemer APC is armed with ROWS .50 caliber and the 7.62mm, AND active protection from Iron Fist – Screenshot

The military said that the families of the soldiers who were killed have been notified. Their names will be released later on.

In the twelve days of rocket attacks by Hamas since the beginning of Operation Protective Edge, Arab terrorists have fired about 1,000 rockets at Israel – and at least 130 of them have come from Shejaiya, where fighting has been heavy since Saturday, the IDF said Sunday. Continue Reading »

Despite his doctors’ orders, injured Golani Brigade commander, who was injured by shrapnel overnight in Gaza, told his family he wants to return to be by his soldiers, “I need to get back to my men”

Col. Rassan Alian, a Golani Brigade battalion commander, was injured overnight Saturday in light-to-moderate condition and was evacuated to Soroka Medical Center in Be’er Sheva. He talked with his family members on the phone, telling them he intended to return to his soldiers in the Gaza Strip. 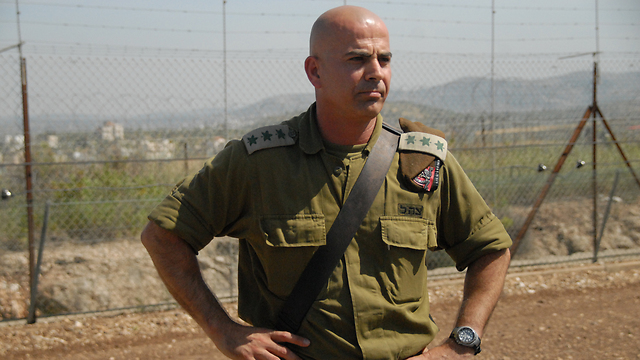 Alian was injured by shrapnel, including in his eyes, but his vision was undamaged. Continue Reading »

Yaalon hints of a major military operation during his visit to the Golan Heights.

Defense Minister Moshe Yaalon hinted Wednesday that Israel may call up its combat soldiers for a major operation in the near future.

Yaalon spoke as he and Prime Minister Binyamin Netanyahu observed a Golani Brigade drill in the Golan.

“I was impressed by the Golani Brigade’s capability, preparedness and skill,” he said.

“Golani, like many other IDF combat units, is likely to be called to operational service on short notice,” he added. “That’s why this exercise, like other drills in recent days, has special meaning at this time and in this place.” Continue Reading »