Is Hezbollah waging terror campaign against UNIFIL over EU blacklist?

EU’s blacklisting of Hezbollah casts a new light on the friction between the UNIFIL and Nasrallah’s armed Shi’ite movement.

The European Union’s designation of Hezbollah’s military wing as a terrorist organization has cast a new light on the tussles between the United Nations Interim Force in Lebanon (UNIFIL) and the armed Shi’ite movement. 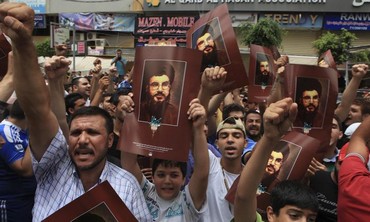 A Hezbollah official told the Financial Times last week, “People are not going to accept you living among them and calling them terrorists.”

Gerald Steinberg, a professor of political studies at Bar-Ilan University and the head of the Jerusalem-based NGO Monitor, told The Jerusalem Post on Saturday, “The reports of increased friction in southern Lebanon are not surprising after the European Union belatedly added Hezbollah to the list of terror organizations.”

Op-Ed: When the Going gets Tough, EU Just Leaves UNIFIL!

Just as Syria’s crisis is escalating tensions, rumors of an EU withdrawal from Beirut are heard and Hizbullah begins applying pressure.

From Il Giornale, sent to Arutz Sheva in translation by the writer.
By Hon. Fiamma Nirenstein

It really would not be a good sign if UNIFIL, the UN Peace Force on the border between Lebanon and Israel, pulled out now, while tensions have heated up due to Syria’s tragedy and all that goes with it.

UN lookout at the Quneitra Crossing between Syria and the Israeli Golan Heights – Photo: AP

The EU is apparently threatening to withdraw its soldiers (it nonetheless denied it after a Kuwaiti newspaper disclosed the news) and these rumors were extremely detailed.

Again, UN peacekeeping forces that Israel depends on to keep its borders peaceful are under-maned, under-equipped, & under-trained to actually have to deal with performing their duties.

The peacekeepers of the United Nations Interim Force in Lebanon (UNIFIL) are increasingly coming into hostile and even violent contact with the Hezbollah terrorist militia near the Lebanon-Israel border. The Lebanese troops who had taken control of the border after the last war in 2006 have largely been redeployed as a result of mounting tension on the country’s eastern border due to the ongoing Syrian civil war.

Taking advantage of this power vacuum, Hezbollah has entered the area in force, and is daily confronting the blue helmets of UNIFIL. Continue Reading »

UNITED NATIONS – The UN peacekeeping force in southern Lebanon has protested to Israel after it observed increased violations of Lebanese air space by Israel, which carried out raids in Syria to target what it said were Iranian missiles bound for Hezbollah militants. 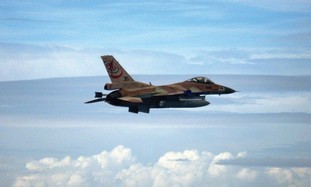 The UN is only effective when Hezbollah is quiet

Hezbollah has begun taking control in southern Lebanon by replacing Lebanese Army units as they withdraw.

Once again Israel is left asking: ‘What about those thousands of UNIFIL peace keepers stationed there?’

Tensions along Israel’s northern border are growing as Hezbollah forces tighten their grip on southern Lebanon.

The UN is only effective when all is quiet – Israel Today

Hezbollah and allied terror groups have moved back into the border region in force in violation of the UN resolution (1701) that brought an end to the Second Lebanon War in 2006. The terrorists are exploiting the fact that the Lebanese army has had to send so many troops to the Syrian border in the east. Continue Reading »

As tensions build up in the north, Hezbollah continues to tighten its grip on southern Lebanon while the Lebanese Armed Forces gradually withdraw their troops from the border area. Meanwhile, UNIFIL is reporting heightened standoffs with Hezbollah, Lebanon’s Daily Star reported Wednesday.

UNIFIL patrols are finding paths blocked and former temporary observation points suddenly out of bounds in what is being interpreted as Hezbollah seeking to flex its muscles on the ground at a time of heightened regional uncertainty and aggressive postures by Israel, the paper reported. Continue Reading »

UN peacekeepers in southern Lebanon have failed to report on Hezbollah guerrilla armaments as required, a senior Israeli official said on Thursday, arguing that Israel could not rely on foreign intervention for its security. 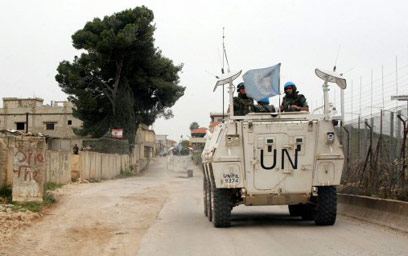 The remarks underscored the conservative strategies of Prime Minister Benjamin Netanyahu as instability rocks Israel’s neighbors and world powers urge it to roll back its West Bank occupation to make way for Palestinian state. Continue Reading »

Hizbullah immediately accused Israel of carrying out an aerial bombing.

The United Nations Interim Force in Lebanon (UNIFIL) is responsible for maintaining security in the area, and it is investigating the blast, but Hizbullah cordoned off the area.

The explosion apparently was in an ammunition depot east of the port city of Tyre. Continue Reading »

Spain is to Withdraw Half of its UNIFIL Troops from Lebanon

Spain is to reduce from its 1,100 troops in Lebanon as part of the United Nations Interim Force in Lebanon (UNIFIL).

Spain will withdraw up to half of its military contingent in Lebanon by the end of the year, Defense Minister Pedro Morenes said Tuesday, justifying the decision partly on budget cuts demanded by the country’s economic crisis.

Spain has had about 1,100 troops in Lebanon since 2006 as part of the United Nations Interim Force in Lebanon (UNIFIL). That outfit was originally created in 1978 to restore peace and security after Israel’s withdrawal from the country. Continue Reading »

Israel is deliberating responses to the possibility that Lebanon will divert water from the Hatzbani River.

The IDF is deliberating responses ahead of the possibility that Lebanon will divert water from the Hatzbani River, a move that Israel has in the past viewed as a casus belli – justification for war.

Israel’s concern stems from the construction of a large tourism center on the Lebanese side of the river, not far from the Israeli town of Metulla.

A senior IDF officer in the Northern Command said that construction of the center needed to be closely tracked due to the possibility it would be used to divert water from the Hatzbani, which supplies 25 percent of the Jordan River’s waters.

The IDF on Saturday rejected Lebanese claims that a security fence Israel is putting up on the border between the two countries near the Israeli town of Metulla violates Lebanon’s sovereign territory. 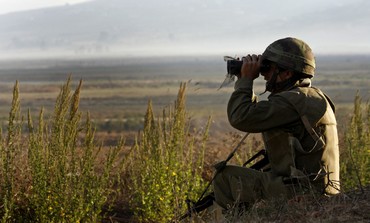 The IDF statement came after Lebanon filed a complaint with the United Nations Interim Force in Lebanon (UNIFIL) on Friday, claiming that Israel was crossing over the Blue Line into Lebanese territory during excavations laying the groundwork for the fence. Continue Reading »

Israel began building a wall that will run several kilometers along part of its border with Lebanon, a military spokeswoman told Agence France Presse on Monday.

“This construction, which began on Monday, is being carried out in coordination with UNIFIL (the United Nations Interim Force in Lebanon) and the Lebanese army. The wall is intended to avoid frictions on the border,” she said.

Israeli public radio said the wall, which is expected to be several meters high, will protect the city of Metulla from sniper fire coming from the Lebanese border town of Kfar Kila. Continue Reading »

Israel is growing concerned that UNIFIL, the multi-national peacekeeping force in Lebanon, is headed toward collapse with a French decision this week to withdraw a significant number of its troops.

Following the Second Lebanon War in 2006, Israel succeeded in getting a number of European countries to contribute soldiers to the peacekeeping force, whose mandate was also beefed up as part of an international effort to prevent Hezbollah’s rearmament. The force was bolstered to include 12,000 soldiers in comparison to the few thousand it consisted of before the war. Continue Reading »