By The Associated Press , and Israel Hayom Staff

Jewish-born TV star Volodymyr Zelensky was sworn in as Ukraine’s new president on Monday, promising to stop the war in the country’s east against Russian-backed separatists.

In one of his first decisions, he announced dissolved parliament and called new parliamentary elections, saying the body was only interested in self-enrichment. 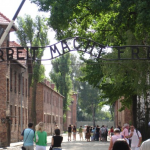 The Shem Olam Institute, located in a small village in central Israel and which includes a small museum, focuses on religious life during the Holocaust, and has so far trained some 20 guides for Holocaust study trips in Poland. Continue Reading » 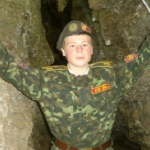 At age 16, Sergei Brezhnikov, joined the Ukrainian “Children’s Army,” then at 19, he made aliyah, and after studying Hebrew, enlisted in the IDF.  Now, prior to his training as a medic, says “In Israel, I’ll have a better future.”

“Israel is my new home, and I see my future here, only,” says Sergei Brezhnikov, 20, a lone IDF soldier who made aliyah from Ukraine.

Brezhnikov was born in the city of Vinnytsia, the only child of a single mother who was 19 when she had him. Continue Reading »

How Far Can Israel Push Putin Before Angering the Bear?

Jerusalem continues to consider its options with Russia, like abandoning its neutrality on Ukraine and sending low-level representative to WWII celebration, but one Israeli expert suggests the Jewish State needs to play its cards very carefully.

Yesterday, it was announced that Israel would be represented by its ambassador in Moscow at Russia’s annual World War II victory parade. It does not sound like such a remarkable thing, but this is an event that often draws major dignitaries – Russia did capture Berlin, after all. Israel has sent major representatives to the event in the past, but this year’s lack of a Prime Minister, President or minister of note is likely a clear repudiation of Russia’s decision to resell the S-300 missile system to the Iranians. Continue Reading »

Israel flies in to rescue Ukrainian Jews stranded during fighting

Jewish Agency helps 2 families arrive safely in Israel who were stranded at embattled Donetsk airport in the Ukraine.

Israel’s Jewish Agency came to the rescue of two Jewish Ukranian families after rebels seized control of Donetsk airport as they were waiting to emigrate to Israel, an agency spokesman said on Tuesday.

The two families, numbering six people, were stranded at the airport when it was shut down on Monday. The agency then launched a “fast-paced operation,” spokesman Avi Mayer said.

The families were driven to the Ukrainian city of Dnepropetrovsk then flown to Kiev where they boarded a plane for Tel Aviv, Mayer said. Continue Reading »

Haifa hospital reports the emergency surgery performed on Gennady Kernes’ gunshot wound to his back in Ukraine was successful, and he will remain in Israel under observation.

By AFP and Arutz Sheva

The mayor of the east Ukraine city of Kharkiv, who was wounded critically after being shot in the back by an unknown assailant, has been flown to Israel for treatment, local officials and the Israeli hospital treating him said Tuesday. Yury Sydorenko, director of information at Kharkiv city council, said Israeli doctors decided after examining his wounds that mayor Gennady Kernes could be transported and he was flown out early Tuesday. Continue Reading »

As anti-Semitism escalates in Ukraine, Jewish immigration to Israel rises

U.S. Vice-President Joe Biden gave a sharp warning during his visit to Ukraine as anti-Jewish incidents continue to plague the country.

In the past week alone, there have been reports of a synagogue being fire-bombed in the south-eastern city of Nikolayev, the desecration of the tomb of Dov Ber Schneerson, brother of the late Lubavicher Rebbe, in Dnepropetrovsk and the vandalizing of the Holocaust memorial in Sevastopol.

Those incidents followed the distribution in Donetsk of a leaflet calling on all Jews to register with the self-declared, pro-Russian authorities. Continue Reading »

“In the year 2014, after all of the miles travelled and all of the journey of history, this is not just intolerable, it’s grotesque.

Jewish new immigrants from Ukraine registered higher at Israel’s Ministry of Immigrant Absorption in the 1st 3 months of the year, with an increase of 43% over the same period last year.

Responding to escalating unrest in their country, hundreds of Jews have been fleeing Ukraine since the start of year and heading to Israel.

Preliminary figures indicate that the pace picked up markedly in recent weeks with more than 250 new immigrants from Ukraine registered at the Ministry of Immigrant Absorption since the beginning of April.

Jew to run for Ukrainian Presidency – What anti-Semitism?

Leader of the All-Ukrainian Jewish Congress, Vadim Rabinovich, says he will run for president in Ukraine’s May 25 election.

Vadim Rabinovich, president of the All-Ukrainian Jewish Congress and founder of the European Jewish Parliament, announced on Tuesday that he will run for the presidency of Ukraine, reports the Jewish Daily Forward.

According to the report, Rabinovich told the Russian Interfax news agency that he was running to “destroy the myth about anti-Semitism in Ukraine.”

9 injured Ukrainian citizens were flown to Israel by the Jewish community of Ukraine, to receive medical care. 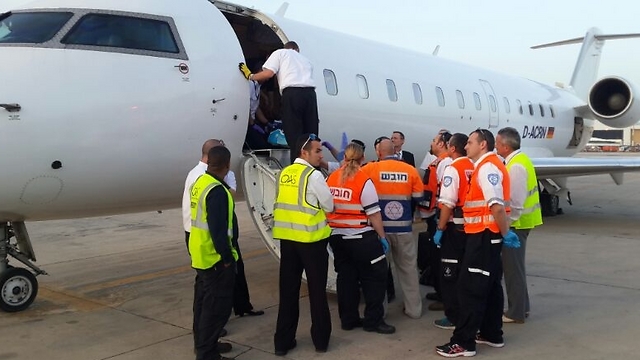 Earlier in the day, Russian news agency Interfax reported they were evacuated and will be treated at Kaplan Medical Center in Rehovot and Hadassah Ein Kerem Medical Center in Jerusalem. The hospitals have confirmed the reports.

All of the Ukrainians suffered gunshot wounds, and at least two are in serious condition. Continue Reading »

A Ukrainian wounded on the streets of Kiev in clashes between protesters and police arrived for treatment in Israel on Wednesday and six more expected were to arrive Thursday, according to a report by Walla news website.

Surgeons at Kaplan Hospital in Rehovot will attempt in the next couple of days to reconstruct the crushed and shrapnel-ridden hand of 20-year-old Alexander S., the first Ukrainian to arrive in Israel after riots and demonstrations that brought down the country’s president.

In Kiev, a Jewish IDF veteran leads a ‘street-fighting’ unit

JTA – He calls his troops “the Blue Helmets of Maidan,” but brown is the color of the headgear worn by Delta — the nom de guerre of the commander of a Jewish-led militia force that participated in the Ukrainian revolution. 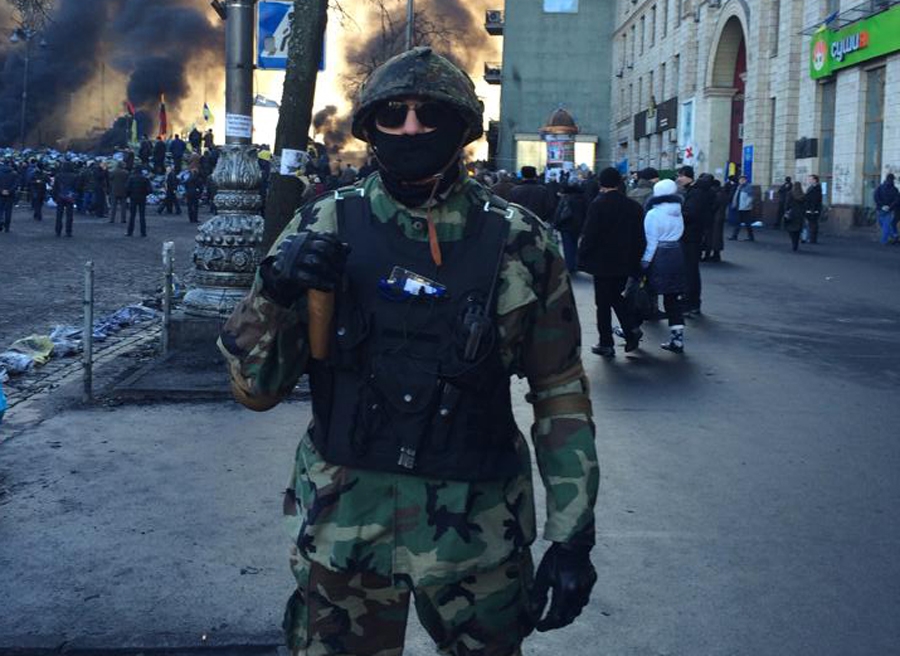 Delta, the nom de guerre of the Jewish commander of a Ukrainian street-fighting unit, is pictured in Kiev earlier this month.

A call from the Ukraine: ‘Israel, Protect Us!’

Ukraine’s Jews ask for Israeli security personnel after reporting attacks, a fire bomb thrown at a synagogue and even threats on Rabbis as the current rebellion is getting worse.

In the face of increasing hostility toward Jews throughout the Ukraine, the Director of the Federation of Jewish Organizations in Europe, Rabbi Menahem Margolin, has asked Prime Minister Binyamin Netanyahu and Defense Minister Moshe Yaalon to act urgently and send trained security personnel to protect Jewish communities in the Ukraine. He specifically asked that the assistance be sent to cities and towns where there is a greater chance that the current unrest could take the form of anti-Semitic attacks. Continue Reading »