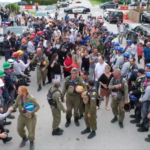 The Miami-Dade Fire Rescue, local & federal task force teams, and family members of the victims, said farewell and ‘Thank You’ to the Israeli delegation that assisted at the Surfside building collapse, where according to authorities, Surfside’s death toll has risen to 90 people, with 31 individuals still unaccounted for.

The Miami-Dade Fire Rescue bid farewell to the Israel Defense Forces delegation Sunday evening as they began their journey home following their assistance with search, rescue and recovery efforts at the Champlain Towers building collapse in Surfside, Florida.

This afternoon, #MDFR bid farewell to the IDF delegation that assisted in search and rescue/recovery efforts at the Champlain Towers building collapse in Surfside with a water salute at @iflymia.

Israeli units off to assist Florida in search and rescue efforts 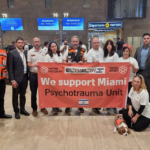 Following discussion between the defense establishment, and the IDF with the Florida governor’s office and in coordination with the MFA, Defense Minister Benny Gantz has approved the dispatch of an emergency Homefront Command delegation to Surfside, Florida, consisting of a team of engineering and rescue specialists, to assist in the search and rescue efforts following Thursday’s condo collapse disaster.

The Commander of the National Rescue Unit in the Home Front Command, Col. 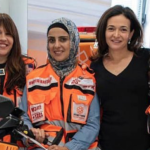 While visiting Israel with her family, Facebook COO donated an ambucycle to the Israeli EMS organization, saying how she was “in awe of these brave women and all of the United Hatzalah volunteers, who race toward people when they need help most.”

Facebook COO Sheryl Sandberg and her family dedicated a new ambulance to Israeli EMS organization United Hatzalah during a visit to the organization’s national headquarters in Jerusalem last week.

The ambulance will be stationed in the southern city of Sderot, servicing the city and surrounding area that is often victim to Hamas rocket fire from Gaza. Continue Reading » 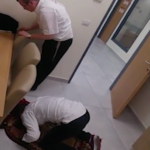 WATCH: In a rarely seen example of such diversity and unity, Israel again proves that those who seek bonds of friendship can even pray together, unhindered by political rhetoric.

On Thursday evening two emergency response dispatchers from United Hatzalah went on their shift break and took time out to pray in the break-room. Both responders prayed their evening prayers but they were of two different religions. Working side by side as dispatchers, helping volunteers of all religions save the lives of all people from all backgrounds in Israel, allowed them to feel comfortable praying alongside one another in the same room at the same time. Continue Reading »

Six civilians injured in Petah Tikva market after shooting spree by Palestinian terrorist, who was subdued by shopkeepers and bystanders then turned over to Border Police.

Six people were lightly wounded after a shooting and stabbing attack at an open market in the central Israeli town of Petah Tikva on Thursday afternoon.

Police said an 18-year-old from Nablus open fired on a bus at the entrance to the market on Hirsch street at around 4:45 p.m. and then ran to a sewing shop and stabbed someone before he was stopped by civilians and later arrested by police. Continue Reading »

Meet the other Hassan Nasrallah, an Israeli lifesaver 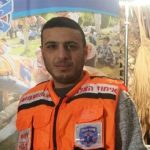 With his infamous namesake notwithstanding, meet Israel’s own Hassan Nasrallah, an Israeli Arab who’s chosen a different path, one dedicate to saving the lives of others as an Israeli EMT with United Hatzalah.

When most people hear the name Hassan Nasrallah, it arouses negative sentiments for the leader of the Lebanese terrorist organization of Hezbollah. They are reminded of a man who has the blood of thousands on his hands. While the man may live in infamy, the name is shared by another individual, an Israeli, who has chosen to dedicate his life to saving the lives of others. Continue Reading » 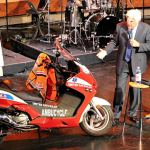 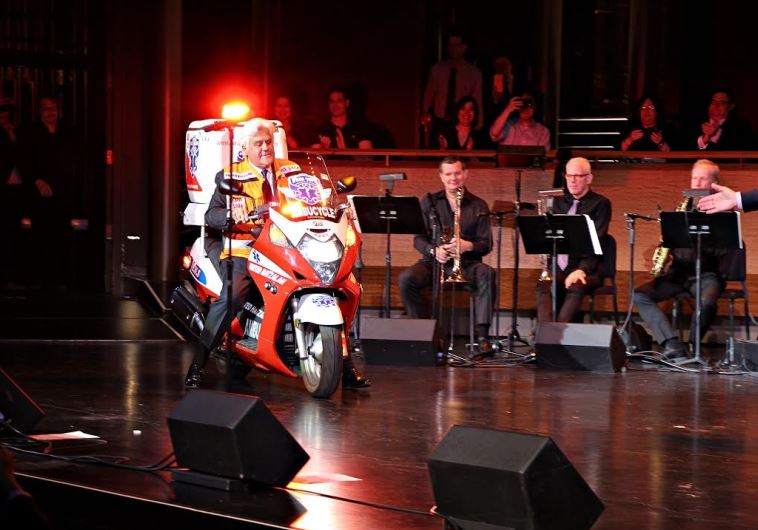 The former Tonight Show host performed a long comedy set and called Eli Beer, the founder and president of the organization, up to the stage after his act, telling him: “What you guys are doing is so special, I am so proud to be here and be part of it. Continue Reading »

In return for 2 new motor ambulances for United Hatzalah, the Israeli emergency services organization, its president accepts a dare & dresses up as a Sheik in the Arab Emirates.

Police in Dubai were probably surprised to spot two “sheiks” speaking Hebrew in a busy street in the city this week. What they were witnessing was in fact, the implementation of a dare by a United Hatzalah donor to the emergency services organization’s president Eli Bir.

Bir accepted the challenge to walk the streets of Dubai dressed as an Arab Sheik in return for two motor ambulances valued at more than quarter of a million shekels. Continue Reading »

In case of deterioration of the Ukrainian conflict, Israeli rescue organizations are training the Jewish Hatzalah (aid & rescue) unit in Kiev to deal with mass casualties.

The United Hatzalah and ZAKA rescue organizations are training Jews in Kiev’s Hatzalah so they can respond to mass casualty emergencies in the troubled and violent Ukraine if the crisis escalates.

In cooperation with the Isralife Foundation, the two organizations — which recently merged — are training local Jews in emergency, rescue and search techniques. Continue Reading »