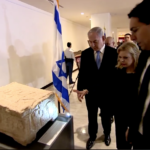 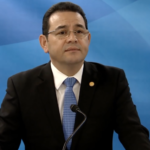 The Constitutional Court of Guatemala, the highest court for civil litigation in the country, rejected the incessant pro-Palestinian rhetoric that the transfer of the country’s embassy to Jerusalem would violate international law.

Guatemala’s Constitutional Court has rejected a local lawyer’s attempt to prevent the government from moving its embassy in Israel to Jerusalem, as the US plans to do, a court spokesman said
Saturday.

Spokesman Santiago Palomo told AFP that the high court’s five magistrates turned down a request from lawyer Marco Vinicio Mejia, who argued in a petition filed in January that the embassy move was contrary to international law. Continue Reading »

WATCH Video:  US Ambassador to the United Nations, Nikki Haley articulated how Jordan’s previous monarch, King Hussein, as well as Egypt’s President Anwar Sadat had the courage to seek peace for their people, but Palestinian leader Mahmoud Abbas has for decades, used only “hate-filled speeches and end-runs around negotiations,” that only guaranteed a continuing conflict.
“We will not chase after a Palestinian leadership that lacks what is needed to achieve peace,” Haley said.

WASHINGTON – Following a warning from President Donald Trump that the US will cut aid to the Palestinians if they refuse to return to peace talks with Israel, his ambassador to the United Nations, Nikki Haley, specified the administration’s criticism to PA President Mahmoud Abbas, questioning his ability to lead his people to peace. Continue Reading » 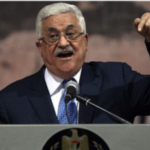 US Tells UN: No funds to UNRWA if Abbas refuses to negotiate peace with Israel

Although Abbas received kudos from Palestinians immediately after rebuffing President Trump, UNRAW, which aids millions of Palestinians in Lebanon, Jordan, Syria, & Gaza, may withdraw their support from Abbas when free medical, education, and humanitarian assistance is cut off.
– US Amb. to the UN Nikki Haley, “We are trying to promote the peace process, but if that will not happen [due to Abbas’ intransigence], the president will not continue to fund it.”

US Ambassador to the United Nations Nikki Haley threatened Tuesday to cut funding to UNRWA (the United Nations Relief and Works Agency) until the Palestinians return to the negotiating table. Continue Reading »

Delivering on Trump’s ‘warning’  to slash funds to the UN and countries who voted at the UN General Assembly against the United States on the resolution declaring President Trump’s Jerusalem decision ‘null and void’, Ambassador Nikki Haley announced WH decision to cut 2018-2019 budget by $285M, saying, ‘We will no longer let the generosity of the American people be taken advantage of or remain unchecked.’

The US announced Sunday that it is planning to cut $285 million from funds it provides to the United Nations 2018-2019 budget, implementing a threat made by President Donald Trump last week that financial repercussions would follow if the body’s General Assembly voted in favor of a resolution demanding that Washington retract its decision to recognize Jerusalem as Israel’s capital. Continue Reading »

US Ambassador Nikki Haley, “The UNESCO vote on Hebron is tragic on several levels. It represents an affront to history. It undermines the trust that is needed for the Israeli-Palestinian peace process to be successful. And it further discredits an already highly questionable UN agency…The United States is currently evaluating the appropriate level of its continued engagement at UNESCO.”

US Ambassador Nikki Haley came out Friday against a decision by the United Nations Educational, Scientific and Cultural Organization (UNESCO) to recognize the West Bank city of Hebron as a Palestinian heritage site, with only a passing mention of its significance to the Jewish faith. Continue Reading »

At the same meeting, the UN’s envoy for the Middle East Nickolay Mladenov presented his second report on Israel’s settlement activities since the adoption of a UN resolution in December demanding a halt to the Jewish outposts in Palestinian territory. Continue Reading »

US Ambassador to the UN Nikki Haley is unhappy the UN High Commissioner for Human Rights is taking steps outside the purview of its mandate in turning Israel to the International Court of Justice saying, “It’s actions like these that are forcing us to evaluate the United States’ future on the Human Rights Council.”

The United States warned that it would leave the United Nations Human Rights Council if it turns to the International Court of Justice at The Hague for a broad advisory opinion on Israeli actions in the West Bank and east Jerusalem.

US Ambassador to the UN Nikki Haley issued a statement on the matter after learning that the UN might ask the International Court of Justice to comment on the failure of both Israelis and Palestinians to comply with humanitarian law. Continue Reading »