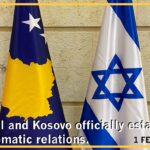 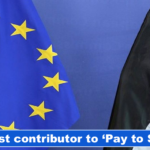 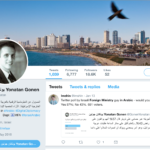 During the 24-hours the survey was posted on Israel’s Foreign Ministry’s Arabic Twitter page, hundreds responded with most showing interest in visiting Israel, while some expressed their disdain with Israel.
• Iraqi: ‘My dream to visit Israel’
• Riyadh resident: ‘Israel is better than all Arab states’
• Foreign Ministry says hundreds of messages are sent daily from Arab countries.

An international survey in Arabic by Israel’s Foreign Ministry this week drew thousands of responses and found that a majority of respondents, 57%, expressed interest in visiting Israel. 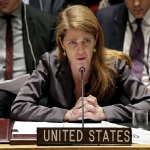 Israel’s Foreign Ministry seeks to garner support for abating undue UN criticism and exaggerated focus on Israel by slashing their budget and manpower resources dedicated to just anti-Israel scrutiny, as well as the disproportionate number of Security Council resolutions continuously presented against Israel (at the behest of the Palestinians).

The Israeli Foreign Ministry appealed this week to US Envoy to the UN Nikki Haley to nullify Security Council Resolution 2334 which calls for an end to settlement construction while simultaneously declaring them illegal, both in the West Bank and eastern Jerusalem.

The issue was just one in a series of requests made to Haley, in an effort to garner American support in implementing a number of changes vis-a-vis the world body’s treatment of Israel. Continue Reading » 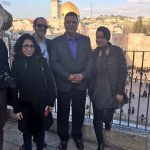 Prime Minister Netanyahu said Tuesday that Israel had prevented the Palestinian Authority from joining Interpol. Netanyahu was speaking at the inauguration of the new railway system in the Jezreel Valley.

“This morning we foiled an attempt by the Palestinians to join Interpol. This would have constituted a change in Israel’s international status. The matter was achieved through intensive work by Foreign Office officials and the National Security Council and I am grateful to them for their efforts.” Continue Reading » 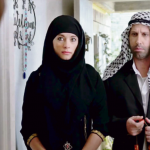 WATCH: A new video produced by the Israel’s Foreign Ministry, that depicts a Jewish couple’s home as being constantly claimed by foreign invaders, has raised ire with MK Ahmad Tibi.

A new video recently put out by the Israeli Foreign Ministry, which depicts a Jewish couple whose home is constantly claimed by foreign invaders, has raised ire.

Critics say the video, which seeks to present a humorous version of the history of the Land of Israel, has achieved the opposite goal by distorting Middle Eastern history, erasing the history of Israeli Arabs and ridiculing quite a few nations. Continue Reading » 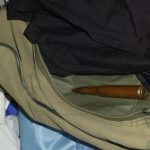 “R.” was flying to India via Moscow and was detained at the New Delhi airport on her way to Dharamshala. She was going though the security check before her connecting flight when a bullet was found that she had apparently forgotten about from her IDF service. Continue Reading »

Israel’s report stated that Hezbollah maintain a logistical base in South America and the Caribbean, with members, supporters, and facilitators engaging in illegal schemes that support and finance the Lebanese terrorist organization.

Israel is helping Paraguay take actions against Hezbollah in the Tri-Border area with Argentina and Brazil, the Foreign Ministry acknowledged on Wednesday while announcing the opening of the new embassy in Asuncion. 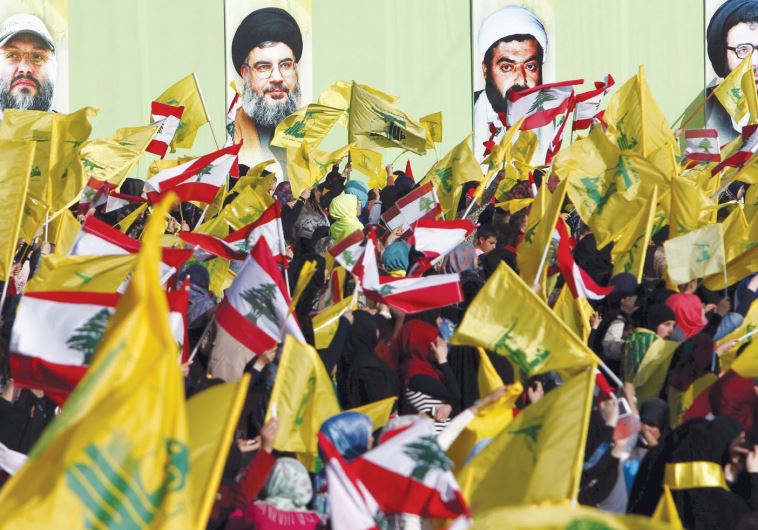 LOCALS IN NABATIYA, south Lebanon, carry Hezbollah and Lebanese flags on May 24 while the group’s leader Hassan Nasrallah speaks on a screen at a festival to commemorate the 15th anniversary of the IDF’s withdrawal from Lebanon. 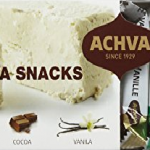 After thousands took to social media to expressed their outrage over the carrier’s capitulation to BDS pressure to remove the Achva halva snack, the Belgian Airline’s CEO pledged to keep Israeli products on its menus.

Brussels Airlines announced Monday that it will reintroduce a popular Israeli snack to its menu. The item was removed from the Belgian carrier’s in-flight dessert options in July following pressure by a Palestinian group associated with the boycott, divestment and sanctions movement.

The airline had allegedly decided to take the Achva brand halva, an Israeli sesame snack, produced in a factory located in the Barkan Industrial Park in Judea and Samaria, off its menu following pressure from the Palestine Solidarity Movement, a group that often encourages the boycott of Israeli products. Continue Reading »

Five diplomatic missions are to be closed as Israel’s Foreign Ministry is in the midst of a severe manpower shortage, primarily due to budgetary shortfalls & low salaries.

The Foreign Ministry Appointments Council on Monday appointed 22 people to 22 different positions in Israeli diplomatic posts around the world. There were only 22 candidates to begin with – one applying to each position.

The rest of the positions are in countries considered “difficult,” such as Ethiopia, India, Peru, Nigeria, Kenya, and Nepal, where their tasks are seen as nearly impossible. 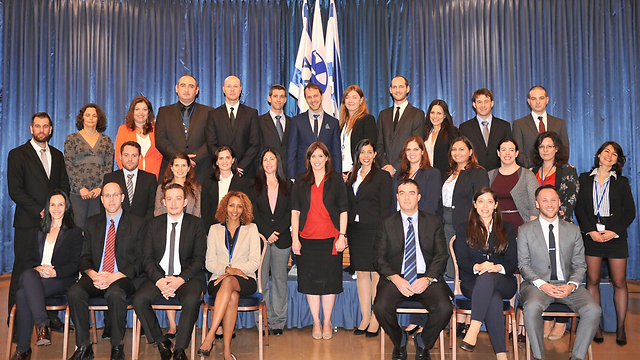 This illustrates the scope of the deep manpower crisis in which the Foreign Minister finds itself. Continue Reading » 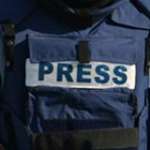 “The visit to Israel was exciting and unique. It is a shame that most people in the Arab world are still filled with blind hatred and prejudice toward Israel,” said G.M., an Iraqi journalist living in exile in Germany. Continue Reading » 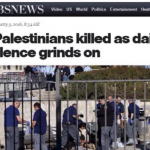 Israel’s Foreign Ministry reacted to what it called a “horrible headline” that the American CBS news outlet composed following a Jerusalem terror attack on Wednesday. 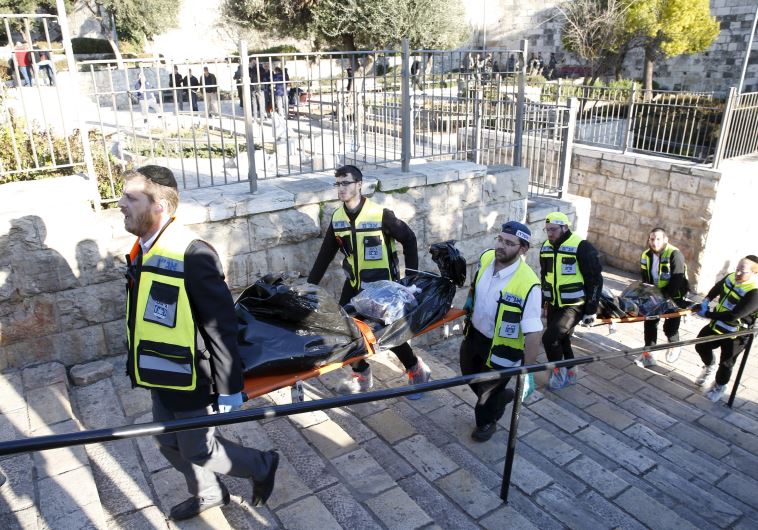 Aka team carries the dead bodies of Palestinian terrorists, who were shot dead by Israeli police after carrying out shooting and stabbing attack outside Damascus gate to Jerusalem’s Old City, February 3, 2016. – Photo: REUTERS 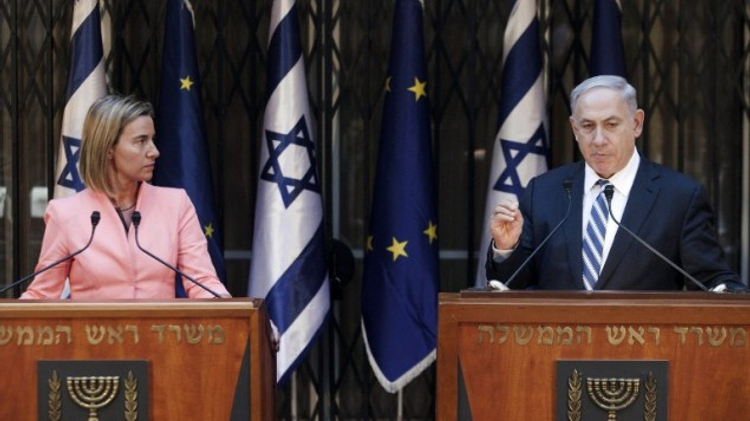 The prime minister, “ordered suspension of diplomatic contacts with the institutions of the European Union and its representatives on this issue,” the foreign ministry said in a Hebrew-language statement. Continue Reading »