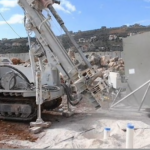 While the IDF has now destroyed all of Hezbollah’s cross-border attack-tunnels, some by explosives and others by flooding them with fresh concrete, there are still several others known to the military, but are in Lebanese territory, close to the border with Israel.

Six months after the Israeli military declared an end to Operation Northern Shield, the IDF has begun destroying the final and largest cross-border tunnel dug by Hezbollah into Israeli territory.

The tunnel began in the Lebanese village of Ramiyeh and stretched one kilometer before infiltrating several meters into northern Israel, close to the communities of Zarit and Shtula. Continue Reading » 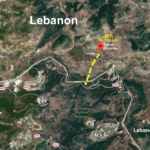 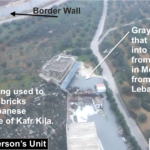 Since “Operation Northern Shield” was launched in the beginning of the month, Israel’s Defense Forces (IDF) has exposed five tunnels dug by Hezbollah crossing from Lebanon into Israeli territory. Continue Reading » 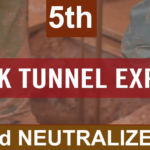 IDF drone-cam: The cement used to fill and neutralize Hezbollah’s attack-tunnels on the Israeli side came leaking out of the tunnel from several places in the southern Lebanese village of Kafr Kila.

Twenty-three days after Israel launched Operation Northern Shield and found the first tunnel dug into northern Israel from southern Lebanon by Hezbollah, the military has completed the destruction of a number of tunnels which infiltrated close to the community of Metula.

According to IDF Spokesman Brig.-Gen. Ronen Manelis the military destroyed the tunnels by filling them with material which would prevent the Shiite terror group from every using them again. Continue Reading » 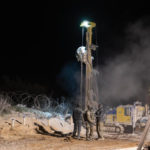 The IDF stated that it “holds the Lebanese Government accountable for the attack tunnels dug from Lebanese territory and for the consequences of this violation. Continue Reading » 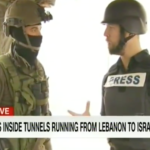 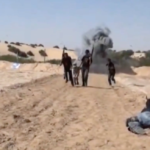 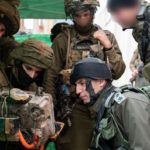 Imagine terrorists digging an attack tunnel like this towards your home. 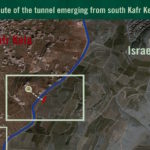 Explosive devices have been placed inside the tunnel by the IDF. Any entrance from the Lebanese side is dangerous. Continue Reading » 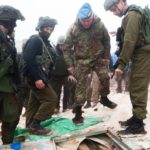 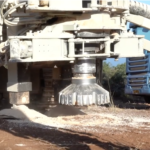 Since 2014, a special joint Taskforce of the Intelligence Directorate and the Northern Command has been leading the operational, technological and intelligence efforts on the tunnel issue in the North. The team developed vast abilities and knowledge on Hezbollah’s attack tunnel project. Continue Reading »

The IDF discovers and destroys the 15th Hamas attack tunnel, this one dug 200 meters into Israeli territory, and like the others,  linked to a vast network ‎within Gaza of underground passageways.
• Defense Minister Avigdor Lieberman: ‎’Everyday, we get closer to eliminating the tunnel ‎threat.’

Cleared for publication: The Israeli military ‎uncovered and neutralized a Hamas terror tunnel ‎breaching Israeli territory. This is the 15th cross-border tunnel discovered and destroyed this year.‎

The IDF Spokesperson’s Unit said Thursday that the tunnel, dug near the southern Gaza Strip town of ‎Khan Younis, was about a kilometer (3,300 feet) long and reached ‎about 200 meters (660 feet) under the Israeli ‎border. Continue Reading »