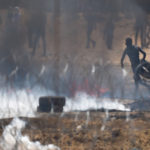 The IDF issued a statement estimating the number of “violent rioters” at 8,000, and to those that infiltrated into Israel hurling firebombs and explosive devices, the IDF was “responding with riot dispersal means and operating according to standard operating procedures.”

A 25-year-old Palestinian was killed Friday evening and at least 120 more were injured, most from live fire in clashes with the Israeli army on the border, according to the Gaza Health Ministry.

The IDF issued a statement earlier, estimating the number of “violent rioters” at 8,000, “gathering in five locations along the Gaza Strip border, attempting to sabotage security infrastructure,” after protests broke out Friday afternoon. 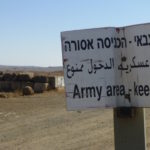 IDF fighter-jets killed 7 armed Islamic State terrorists in the Syrian part of the southern Golan Heights on Wednesday night, and after search of the area this morning, explosive belts and an AK-47 assault weapon were recovered.
• ‘IDF is on high alert.’

Israeli planes attacked a number of armed terrorists in the southern part of the Syrian Golan Heights on Wednesday night, killing seven terrorists.

After the area was searched this morning, explosive belts and a Kalashnikov rifle were found. 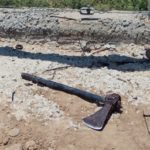 One of the two terrorists was killed in the incident. Continue Reading » 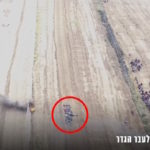 A few hours ago, a Hamas terrorist tried to sabotage the fence and other security equipment at the Karni Crossing, near where the Hamas-led assault on the fence was stopped only two days ago. 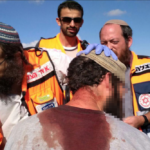 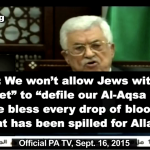 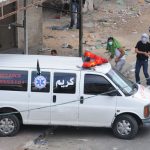 An Israeli military spokeswoman said dozens of Palestinians had gathered at the fence and were trying to damage it. Soldiers on the Israeli side of the border fired warning shots in the air after their calls to halt were ignored. Continue Reading » 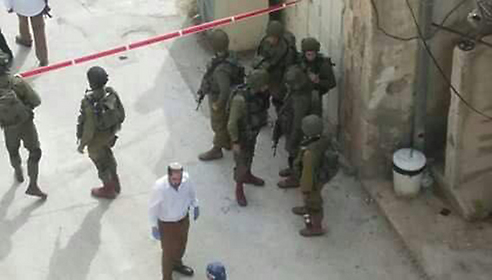 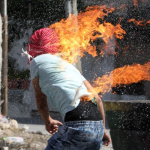 When Arabs took to the street and rioted to prevent the IDF from carrying  out an arrest by the Border Police in Jenin, a 21 yr-old attacker was shot dead.

A 21 year old Arab man was shot and killed by Border Police in Birqin, west of Jenin, before dawn Wednesday. A riot developed as IDF forces carried out an arrest of a wanted terrorist. Border Police forces fired at the rioters and the man – who is a resident of Birqin – was hit in the chest.