Tag Archive for incitement to violence 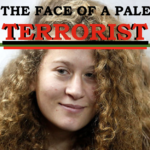 Because the 17 yr-old Ahed Tamimi stands accused of multiple assaults & assorted charges against IDF officer & soldier, and deemed ‘dangerous’, she will be held until trial on January 31.
– Ahed’s father: ‘When both the prosecutor & judge are soldiers, the decision was obvious.’
– WATCH video family posted online of the attack.

A military court on Wednesday ordered Palestinian teen provocateur Ahed Tamimi, 17, and her mother Neriman to be held in custody until trial.The trial of the younger Tamimi, who stands accused of assaulting an IDF officer and soldier, will begin on January 31. Continue Reading » 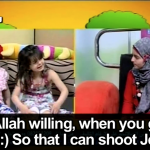 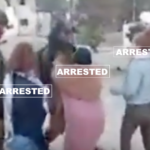 Ahed Tamimi, the 17 yr-old Palestinian blond, blue-eyed poster child, known for inciting violence with IDF soldiers ‘for the camera’, was charged with aggravated assault, incitement, hindering a soldier in the line of duty, threatening a soldier’s life and stone-throwing after attacking 2 IDF soldiers who refused to react to her vocal & physical abuse in Nabi Salih, along with her mother & cousin.

Palestinian teenager Ahed Tamimi, 17, and her mother Nariman were indicted on Monday for assaulting IDF soldiers in the West Bank village of Nabi Salih.

Ahed was charged with 12 different counts for six different incidents, including aggravated assault, hindering a soldier in the line of duty, incitement, threatening a soldier’s life and stone-throwing. Continue Reading » 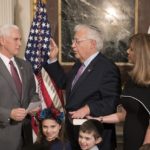 Friedman, a leading force behind Trump’s decision three weeks ago to recognize Jerusalem and move the US embassy there from Tel Aviv, characterized the Palestinian reaction as “largely emotional,” saying they “unfortunately overreacted” because Trump made clear that the US was “not taking a position on any final status issues, including the specific boundaries of the Israeli sovereignty in Jerusalem.” Continue Reading »

Palestinian Authority Foreign Ministry reported ‘occupation authorities executed teen in cold blood’, referring to teen who shortly after posting his ‘will and last testament as a martyr’ on Facebook, was neutralized during stabbing-attack on an Israel Border Guard policeman.
– If the Palestinian cause was just and true, why their incessant ‘Goebbels-like’ need to lie about everything? 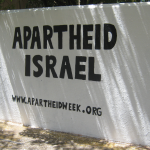 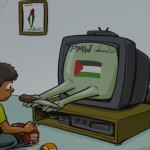 To continue funding terror, terrorists, and their families, the Palestinian Authority fooled Obama by transferring hundreds of millions of dollars each year to a newly formed ‘Palestinian Prisoners Society’ within the PLO. Now, in a ‘copycat’ attempt to circumvent the Trump administration, dozens of NGOs will be established by the PA to receive the donated financial aid for continuing the monthly ‘Pay for Slay’ payments.

The Palestinian Authority spends millions of dollars annually paying stipends to the families of terrorists who are either jailed in Israel or were killed while carrying out terrorist attacks against Israelis, a practice Israel has repeatedly condemned. Continue Reading »

Abbas acknowledged in his speech that it’s a ‘social responsibility’ for the PA to maintain payments to Palestinian prisoners & their families, and went on to say that referring to the jailed attackers/assassins as ‘Palestinian terrorists’ is “racist.”

Palestinian President Mahmoud Abbas has defended payments made to Palestinian prisoners in Israeli jails as an important function of his government.

“Payments to support families are a social responsibility to look after innocent people effected by the incarceration or killing of their love ones,” he said. Continue Reading » 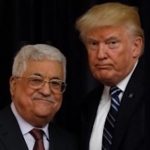 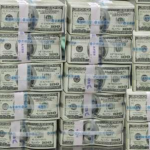 The Palestinian Authority issued payments to terrorists and their families totaling more than $1 billion over a four year period, according to a recent study by the Jerusalem Center for Public Affairs. The sum accounts for seven percent of the PA’s budget and is equivalent to 20 percent of the foreign aid the PA receives annually. Continue Reading »

Ruth Schwartz, whose unarmed son Ezra (ז”ל) was murdered in a terror attack by a Palestinian in 2015, will plead to the UN to force an end, once & for all, to the PA’s incitement to murder via their generous monthly payments to terrorists and their families.

Schwartz, a yeshiva student from Sharon, Massachusetts, was studying in Beit Shemesh for a year after completing high school. Continue Reading » 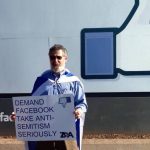 Danish Foreign Minister Anders Samuelsen is scheduled to hold a series of meetings in Ramallah on Thursday, where, according to official documents issued by the Danish government, he will announce an additional 30 million shekels ($8.3 million) in Danish funding for an organization that in turn funds a string of anti-Israel groups.
Continue Reading »
Category: Israel News | Tags: anti-Israel bias, Denmark, incitement to violence, NGO Monitor, ‘Palestinian’ incitement
« Older Entries   Recent Entries »